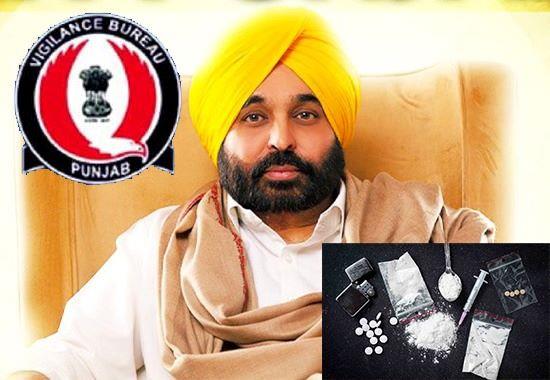 Since the defeat in Sangrur, the Mann government is in constant action mode to recover its image. The Vigilance Bureau and Punjab Police have taken very strict steps against many wrongdoings.
After the appointment of Gaurav Yadav as DGP Punjab, the Punjab Police has taken many big actions. In joint operations with other states, Punjab Police recovered 148 Kg of heroin. The police has also conducted raids in different parts of the state and arrested many drug peddlers.
Vigilance Bureau is very active in corruption cases. Action has been taken against some former leaders in the last few days. It includes the name of Ex-Congress Minister Dharamsot, Sangat Singh Gilzian and many more. Not only Former Ministers but there are also some IPS officers included in the list. Vigilance Bureau arrested Vishal Chauhan, an Indian Forest Service (IFS) officer posted as conservator of forest planning.
Also read: Mahatma Gandhi's statue vandalized in Bathinda's Rama Mandi
DGP Gaurav Yadav is leading the police department in action against corruption, whereas the Vigilance Bureau is headed by IPS Varinder Kumar.
Delhi CM Arvind Kejriwal also tweeted and praised the Mann government.