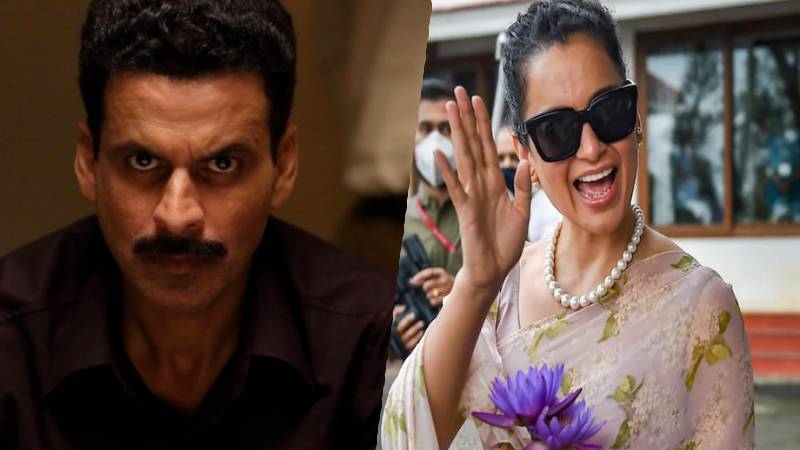 Ever since Jaya Bachchan called out Kangana Ranaut in the Rajya Sabha for defaming Bollywood, the film fraternity has started to slam the Bollywood actress for her statements on Mumbai and Bollywood.

Now, ace actor Manoj Bajpayee has joined the course of debate. In an interview with India Today, Manoj Bajpayee responded on the allegations of the presence of movie mafia, drug parties, and the Mumbai-POK row.

"There are all kinds of people here. I also find bad people here. But I have been dealing with them without being afraid of them. I have been fighting them and will fight them even further. But like it is in the rest of the industry, it is also here. But just as you say that there is a trade of drugs here, so those who are seeing this when they see me, they feel that the warehouse of drugs is coming. They feel like Kancha Seth is Manoj Bajpayee."

'When someone is talking in this way, I think it is someone's personal interest in it. There is a lot of reason that such ragas are coming apart. I had a dialogue in the film 'Shool' that something is going wrong here, you are blind and you don't see it. And I want to tell everyone today that what is being shown, it is not just that. This is being done for some purpose. You have to find this purpose.'

Also Read: "The way people are targetting Bollywood is not correct at all": Hema Malini comes in support of Jaya Bachchan

On comparison of Mumbai to POK, Manoj Bajpayee said that this city is magic where everyone's dreams get fulfilled. We all made our state, family, and friends proud. And how we did that? It was the magic this city had and that magic is an opportunity.