Markets end 2020 on a high, as investors repose faith in India's growth

India's equity markets rose like a phoenix to end the volatility-filled 2020 on a high, as new retail investors and foreign funds reposed their faith in the country's growth story. 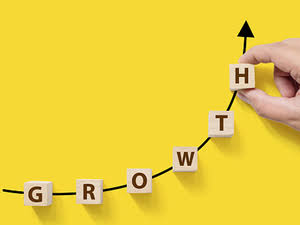 The S&P BSE Sensex and the NSE Nifty50 rose by 16 and 15 per cent, respectively, during the pandemic-hit year.

Market watchers contend that the year-on-year growth might seem modest, but the fact remains that India's two benchmark equity indices rose over 80 per cent from their lows recorded in the initial few months of 2020.

"Nifty was quite sedate in 2019 as compared to 2020. The volatility in the indices in 2020 was much higher than that in 2019," said Deepak Jasani, Head of Retail Research at HDFC Securities.

"In 2020, we witnessed a sharp fall in February, March 2020 and then a gradual recovery towards lifetime highs. However, on a year-end-to-year-end basis, Nifty gained 12 per cent in 2019 and 14.8 per cent in 2020, meaning that the annual point-to-point returns for both years are not very different."

On a global level, indices in the US, South Korea and Taiwan were ahead of the Indian indices, while those in the UK, Russia, France and Hong Kong ended on a negative note for the year.

China's indices ended just behind the Indian market's figures for the year.

Besides, the two main domestic indices witnessed a massive inflow of foreign funds as the lockdown-induced crash earlier in the year led to attractive valuations along with a global flood of liquidity and near-zero interest rates in foreign markets.

"Apart from FII inflows, markets have gone up due other factors such as support provided by the government and RBI, progress on the vaccine front, consistent decline in Covid-19 cases, improving economic data points and rising hope for strong earnings growth in the coming year."

Furthermore, the domestic lockdown, the biggest in the world, flooded the stock markets with over 60 lakh new retail investors.

Additionally, a considerable number of new investors enrolled through various schemes through the mutual fund segment.

"What stood out in the market rally in 2020 was the participation of retail investors. Aided by the modern technology platforms, new generation retail investors started investing aggressively in the market," said Geojit Financial Services' Research Head, V.K. Vijayakumar.

Capital Via Global Research's Head of Research Gaurav Garg said: "The most important factor which affected the markets was the election of Joe Biden as the US President which was the most sought-after result across markets and his election sent positive sentiments in the markets across the globe."

"The loosened Monetary policy managed to attract foreign investors which fuelled the Indian markets further. The rally especially in the last month of 2020 can be said to be led by the FIIs and new retail investors. The pandemic revealed a situation of economic uncertainty which encouraged people to participate in the markets and many first time traders could be seen."

Amongst sectoral indices, IT and pharma were the top performers in 2020 followed by banking and financials, auto and consumer durables.