Having officially joined the Marvel Cinematic Universe, musician-actor Harry Styles is set to portray Eros who is supervillain Thanos’ brother and the Royal Prince of Titan 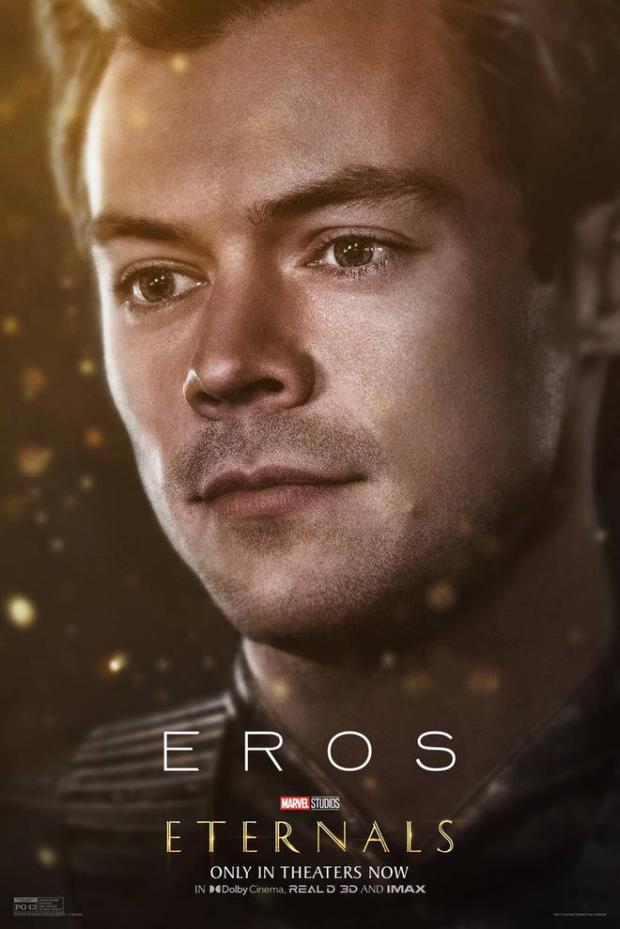 Happy to officially unveil him to the world, the Marvel Studios Twitter account uploaded the moody imagery. Addressing his involvement earlier this week, Styles himself stated: "I'm only in right at the very end. But who didn't grow up wanting to be a superhero, you know? "It was a great experience and I'm so grateful to have gotten to work with Chloé [Zhao, director]." The respect between the pair is clearly mutual, as Zhao previously explained of the music icon's casting: "Harry as Eros was very much a package deal for me. I pitched the idea of Pip the Troll and Eros to Kevin [Feige, Marvel Studios' boss] a while back, and I love the idea of exploring an Eternal who is beyond Titan and who may have influenced Thanos throughout the years the same way Eternals influenced us, earthlings.

"And then, it wasn't like I suggested Eros, and let's go find actors," she insisted. "I kept tabs on Harry since Dunkirk, I thought he was very interesting. After meeting him I realized he is that character – the same way I cast the rest of my cast. There's so much of Eros in him. For me, if he says yes, and Kevin says yes, then it's ago. And I'm very happy they both did." In the comics, Eros is the youngest son of two Eternals A’Lars and Sui-San, who grows up to be a fun-loving, carefree womanizer (who is later taken to trial for allegations of sexual assault) in contrast to his brother power-hungry Thanos.

Currently, Styles is in post-production for the 2022 drama-horror Don’t Worry Darling, directed by Olivia Wilde. The film follows a 1950s housewife who lives with her husband in a Utopian experimental community but later begins to worry about the disturbing side of this lifestyle. He will also be seen in My Policeman alongside The Crown actor Emma Corrin.