Kisan leader Darshan Pal said that international recognition of their protest is making them proud. 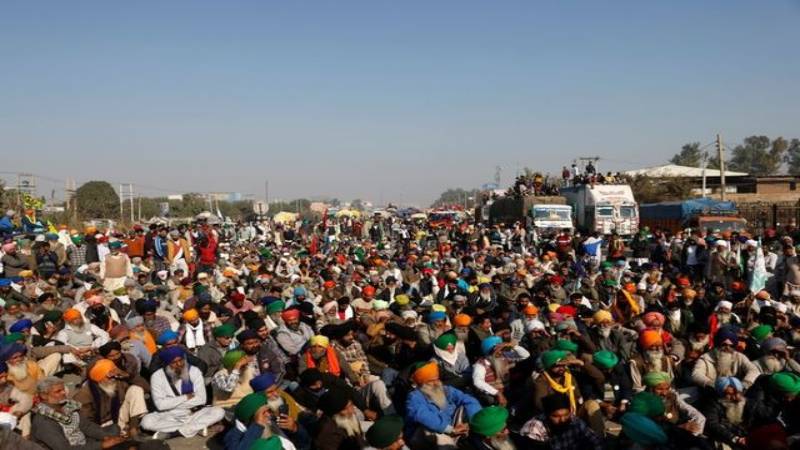 The Samyukta Kisan Morcha, an umbrella body of the protesting farmers' unions that has been spearheading the agitation against the Centre enacted farm laws, on Wednesday said that they ‘acknowledged’ the support and solidarity of international celebrities towards their protest. However, the ministry of external affairs dismissed their tweets terming them as "neither accurate nor responsible".

"Samyukta Kisan Morcha acknowledges the support of international personalities towards the ongoing farmers' movement in India. On one hand, it is a matter of pride that eminent personalities are showing sensitivity towards the cause of farmers," morcha leader Dr Darshan Pal said.

He further added, "While on the other hand, it is unfortunate that the Government of India is not understanding the pain of the farmers and some people are even calling peaceful farmers as terrorists.”

American pop singer Rihanna on Tuesday, wrote, "Why aren't we talking about this?" Swedish activist Greta Thunberg too extended her support as she wrote, "We stand in solidarity with the #farmersprotest in India."

The tweets took the microblogging site by storm and met strong reactions from Indian Twitter users and Bollywood celebrities as well.

The Ministry of External Affairs reacted sharply to comments by Rihanna, teen climate activist Greta Thunberg and others on farmers' protests.

Bollywood stars Akshay Kumar, Ajay Devgn, filmmaker Karan Johar, Ekta Kapoor and Suniel Shetty too joined in and said we should stay united in hard times and our focus should be on the government's efforts to resolve the ongoing farmer crisis rather than paying attention to "half-truths" and those "creating differences."