Model Sumner Stroh claims of an affair with Marron 5 lead Adam Levine, alleges, "singer asked to name his unborn child after her" 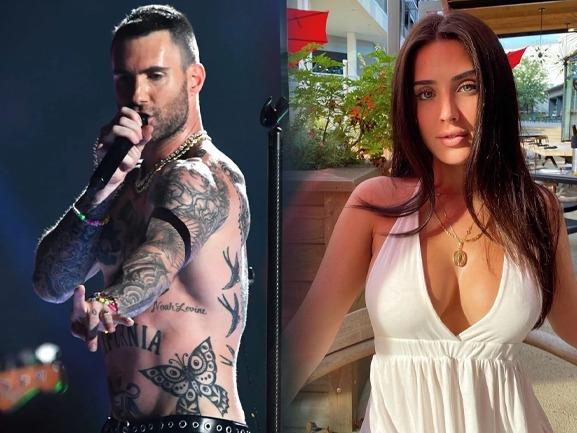 The frontman of Maroon 5 Adam Levine has landed in the mid of the storm after an influencer spilled the beans about their relationship. Sumner Stroh went on the public to talk about her relationship with Levine a week later the latter announced expecting his third child with wife Behati Prinsloo.

The TikToker said in a video, “I was having an affair with a man who’s married to Victoria’s Secret model.” During the stretch of the revelation about her alleged affair, she said, “At the time I was young, I was naive. And I mean, quite frankly, I feel exploited. I wasn’t in the scene like I am now. So I was definitely very easily manipulated.”

Later in the video, she even showed a message allegedly received from Levine in which the latter asked if it’s okay if he names his unborn baby after her, as she claims.

“Maroon 5 is practically elevator music at this point. So, I’m sure you know who Adam Levine is. Adam and I were seeing each other for about a year, after I stopped talking to him over a period of months, this is how he came back into my life,” she continued.

She was taken aback after she read the message as she says, “Like I have to be in hell at this point. My morals were unknowingly being compromised.”

Sumner revealed that she was foreboding about whether to come to the public to admit this or not owing to the kind of life she had and the stereotype that is associated with it.

But, she felt that necessity to come forward and talk because a close friend of hers with whom she shared these conversations with Levine, attempted to sell this to a tabloid. Which made her come and talk she felt doing so more than any other thing.

Sumner Stroh also shared a message on her Instagram Story. “Aware many people will try to fill in the gaps with many false assumptions,” she wrote after posting the TikTok.

However, there have been no comments made from Levine in regard to an alleged affair with the lady. Levine is happily married to Behati since 2014 after dating for two years.

The couple is having two children the first is named Dusty Rose, born in 2016 while the other is named Gio Grace born two years later a day after Valentine’s in 2018.