Over 31 percent i.e. 24 have serious criminal cases such as murder and robbery etc and seven have charges related to the electoral violation. 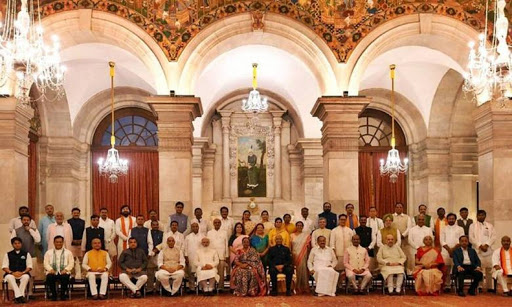 The report further showed that a few ministers- John Barla, Nitish Pramanik, Pankaj Choudhary, V Muraleedharan have charges involving murder attempts. Over 31 percent i.e. 24 have serious criminal cases such as murder and robbery etc and seven have charges related to the electoral violation.

On July 7, as many as 43 new ministers were sworn in and PM Modi assigned portfolios to the reshuffled cabinet ministers. Over 15 ministers were appointed in the cabinet, meanwhile, 28 ministers of state took an oath, taking the total number of members in Modi’s council of ministers to 78.

According to the ADR report, of the analyzed new cabinet ministers, Nitish Pramanik from the Cooch Behar constituency has a case against him related to murder (IPC Section-302). He has been allocated the Minster of State for Home Affairs. Pramanik,35, is the youngest minister in Modi’s new cabinet.

Meanwhile, four ministers have been categorized as ‘high asset' ministers. The minsters have assets worth more than 50 crores. These four ministers are- Jyotiraditya Scindia with over ₹379 crore assets, Piyush Goyal over ₹95 crore, Narayan Rane over ₹87 crore, and Rajeev Chandrasekhar with assets over ₹64 crore.