Khaira was arrested by the Enforcement Directorate (ED) in a money laundering case last week and his remand ended on Thursday. 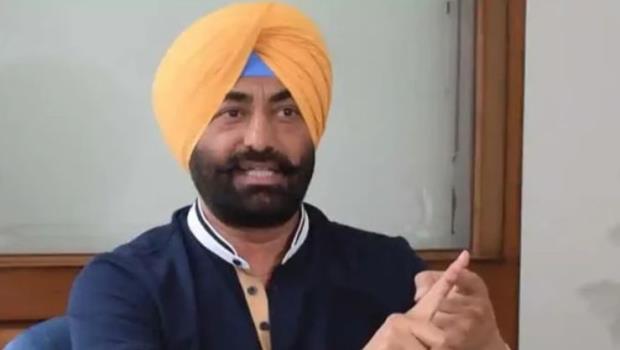 The Enforcement Directorate (ED) today arrested Punjab's former MLA Sukhpal Singh Khaira in connection with a money-laundering case linked to narcotics trafficking and the creation of an alleged fake passport.

A few months ago, ED had also carried out raids at Sukhpal’s residence in Chandigarh, five other locations in Haryana and Punjab and two places in Delhi.

The ED told the court they have to probe the source of funds that Khaira got from the US for the Aam Aadmi Party (AAP) in 2016. The ED said Khaira was issued notices four times, but he did not cooperate.

As per information, the case pertains to the probe in the 2015 Fazilka (Punjab) drugs-smuggling case, in which 1,800 grams of heroin, 24 gold biscuits, two weapons, 26 live cartridges and two Pakistani SIM cards were seized from a gang of international drug smugglers by security agencies.

Khaira was arrested by the Enforcement Directorate (ED) in a money laundering case last week and his remand ended on Thursday.

While speaking to the media persons outside the district courts here, Khaira said that the case against him is a conspiracy and that he would expose all the people involved in it at the right time. “BJP was already against me but some people in Congress were also involved in it, I shall continue to fight against the injustice and expose all the conspirators at the right time,” he said.

Now, Sukhpal Khaira has been remanded in judicial custody by Mohali Court. The court has fixed December 2nd for the next hearing in this case.

Khaira, who was in the Congress for several decades, had joined the Aam Aadmi Party ahead of the 2017 assembly polls, and won the Bholath seat. He remained the leader of opposition for a brief while before being removed from the post by the party high command in 2019.