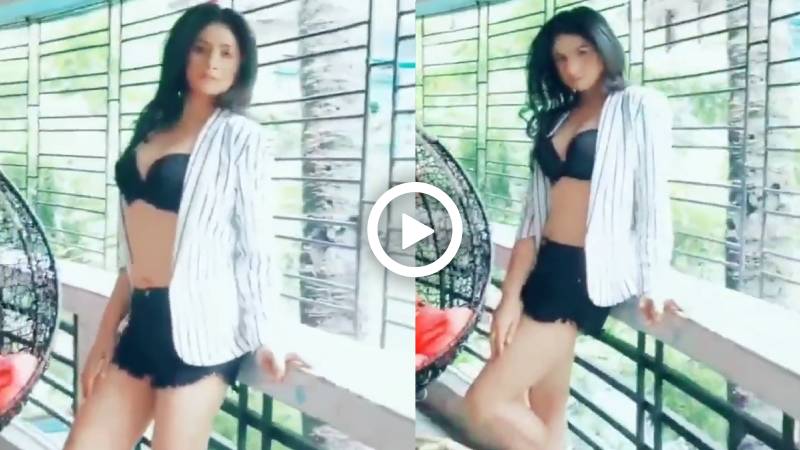 Ever since the controversy took place between India's spearhead Mohammad Shami and his wife Hasin Jahan, the duo is living separately. Hasin Jahan has started to pursue her carrier in acting and modelling. The wife of the Indian cricketer has occasionally been seen in glamorous avatars, glimpses of which have also been shared on social media on a few occasions. Jahan shared a bold video on her official Instagram account which seems to be from a modeling shoot on Tuesday.
Jahan has often been targeted by religious bigots and trolls on social media who have criticized her for the new lifestyle. Having been trolled repeatedly for uploading dance videos and her pictures, Jahan has also reacted to such trolling by suggesting they don't affect her.
Hasin shared the video on her Instagram with the caption, "et ready to burn🔥 and scratch🥵#तैयार हो जाओ जलने 🔥के लिए और खुजलाने🥵 के लिए #hasinjahanentertainment #hasinjahanfam #hasinjahanfun #starhasinjahan #mirchihasinjahan #firehasinjahan #👈👈💃💃😜😜🤣🤣"
Watch Video:
Also Read: ‘I had a movie marathon last night’: Poonam Pandey rubbishes reports of her arrest for violating lockdown. Watch Video
Hasin Jahan Hasin Jahan Bold Video Hasin Jahan Viral Video Hasin Jahan Mohammad Shami Wife Mohammad Shami Hasin Jahan Sports News Trending News True Scoop News