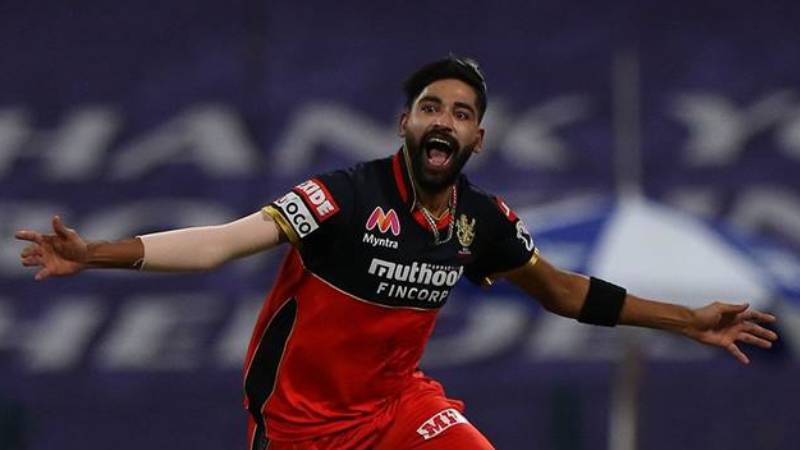 Right-arm fast bowler Mohammad Siraj, who led Royal Challengers Bangalore (RCB) to a comfortable win over Kolkata Knight Riders (KKR), has stated that he wanted to deliver a "magical performance" for the team.

On Wednesday, Siraj became the first bowler in IPL history to bowl two maidens in a single game. He picked up three wickets before he had given up a single run. He finished with the most economical figures this season - 3/8 as RCB defeated KKR by eight wickets to move to the second spot in the points table.

Also Read: Yuzvendra Chahal not able to move on from Sushant's death continues to keep the late actor's profile picture

Before the game, Siraj had an economy rate of 9.29 - the worst among 92 bowlers with at least 100 overs to their name.

However, in Abu Dhabi, skipper Virat Kohli gave him the new ball. "I have been practising a lot with the new ball," Siraj said at the presentation. "We hadn't planned that I will open but when we went out, Virat bhai said Miyan, ready ho jao. (Sir, get ready.)."

"Virat (Kohli) bhai's plan was for me to bowl a bouncer," Siraj said during a chat with teammate Navdeep Saini for iplt20.com later. "But when I was at the start of my run-up, I thought 'no let me pitch it up'. I pitched it up, and it came out well and I got a wicket," he added.

Siraj has so far taken six wickets in four matches this season and RCB would be hoping he continues to bowl in the same way in the upcoming matches like he did against KKR.