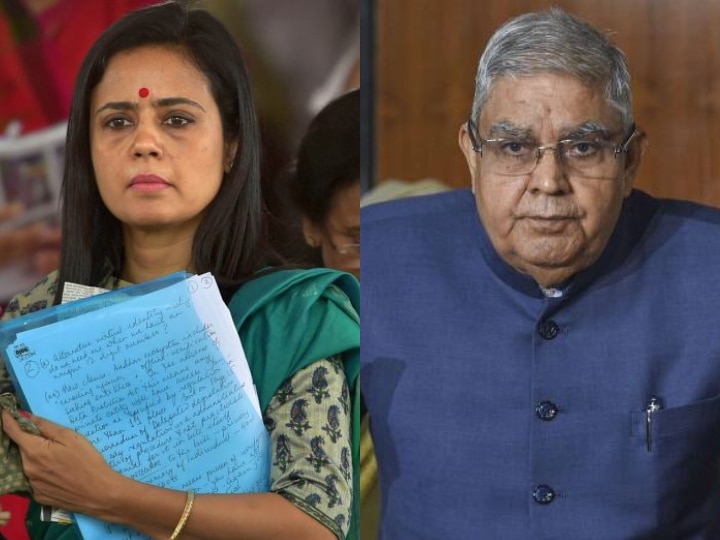 West Bengal governor Jagdeep Dhankhar on Monday declined all the allegations levelled by Trinamool Congress leader Mahua Moitra that his family members and other close aides are appointed as officers on special duty (OSDs) in Raj Bhavan.

Governor Dhankar has called it "factually wrong" and stated that it’s a "distraction strategy" to deflect attention from the "alarming law and order situation" in the state.

"Assertion @MahuaMoitra in tweet & Media that six coterminous appointee OSDs in personal staff are relatives is FACTUALLY WRONG. OSDs are from three states and belong to four different castes. None of them is part of a close family. Four of them are not from my caste or state," he wrote on Twitter.

In another Tweet, he said: "This is unfolding of “distraction strategy” to divert attention from the alarming law and order scenario @MamataOfficial. Would continue undeterred and with zeal to serve the people of the state and vindicate my oath of office under Article 159 of the Constitution.”

Trinamool Congress MP Mahua Moitra on Sunday had called him uncle ji and listed out names of six OSDs claiming they are close family relatives and two relatives of a former aide-de-camp (EDC).

“Uncleji, the only way WB’s “grim situation” will improve is if you move your sorry self back to Delhi and find another job”,” Moitra said in a Tweet.

Asserting that these people are related to the Governor have been appointed as officers on special duty in Raj Bhavan.

“Uncleji, while you are at it, take the extended family you have settled in at WB Raj Bhavan with you”, she tweeted.

She claimed Sekhawat is the son of Dhankar’s brother-in-law and Ruchi Dubey and Prashant Diksit are respectively wife and brother of his former ADC Major Gorang Dikshit.

Valikar is the brother-in-law of present ADC Janardan Rao while Kishan Dhankar is the Governor’s close relative, Moitra claimed.

"Asking Uncle Ji to lay out right here what antecedents of the appointees are and how each one got into Raj Bhavan. Do it NOW. BJP IT Cell can't get you out of this one Uncle Ji... And I don't think the Vice President of India also happens for you," she said.

Further questioning the appointments, Moitra said that no doubt the situation at the Raj Bhavan is “extremely alarming”, but added that Governor’s OSD is not an ordinary post.

“Who is Shekhawat, Diksit & Dhankhar whose names are being shown on Raj Bhavan's website? You (West Bengal Governor) have lied that you've no connection with them. He should tell how these 6 people entered Raj Bhavan?,” asked Ms Moitra.

The TMC leader was responding to Dhankhar’s tweets post-assembly election violence in Bengal and attacking Mamata Banerjee for letting the violence go unchecked. Mohua addressed the governor as 'uncle-ji', Moitra said that Bengal’s situation will improve if he leaves with his extended family.

“Only way West Bengal’s grim situation will improve is if you move your sorry self back to Delhi and find another job. Some suggestions: 1. Advisor to Ajay Bisht Yogi CM on how best to ThokDo opposition. 2. Advisor to Home Minister on how best to hide during a pandemic,” Moitra tweeted.

Dhankar took over as Bengal governor on July 30, 2019. The bitter relationship between the governor and the TMC government has been in the news since September that year.