Money Heist Season 5 Part 1: Why La Casa de Papel should be on your binge list?

We look at what's ahead for the Professor, Tokyo, and the rest of the gang when Money Heist season 5 hits Netflix on Sept. 3. 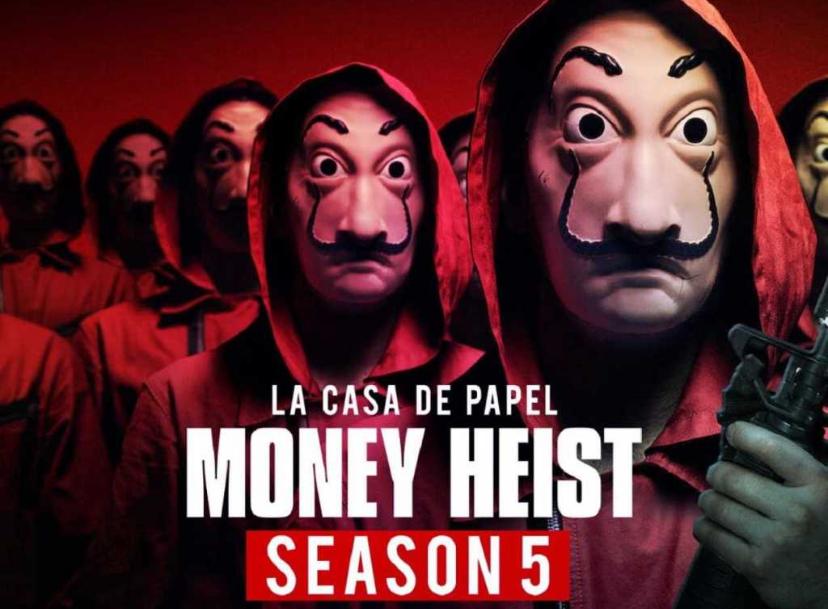 If there’s one thing that Money Heist has mastered, it’s the cliffhanger. The canceled Spanish series that was reborn on Netflix took the world by storm, sparking a global revolution that has so many nail-biting edge-of-your-seat twists and turns that it’s nearly impossible not to binge it all once you’re hooked. The show is a relentless rollercoaster ride and is oh so addictive. You never know who is going to live and who is going to die. In fact, not even the actors don’t know.

“It’s impossible, really difficult to know that because it’s also something they established from the start,” Úrsula Corberó (who plays Tokyo), said during the show’s appearance at 2021 Television Critics Association summer press tour.. “Alex Pina, he’s a last-minute writer and he’s obsessed as if this was linked with some kind of inspiration. I think it also helped with the rock n roll vibe of the show and everything happening so wildly.”

Jesús Colmenar, the producer of Money Heist confirmed that the suspense is real for everyone. “Not the director, not the actress can know even two episodes ahead of what will happen. I think this works because it helps us in having more information of how the dramatic arc will work.  It also helps us in having more room to change where the story will lead us. So nobody knows what will happen.  We have this master line of course of the essential part of the story but the rest can easily change at the last minute.”

According to Colmenar, “We have put all the stops out there and this is the final battle.  We get this complete vision of everything and this is not the end of the bank robbery, but the end of Money Heist, which is quite a huge thing.”

2.    Alicia Sierra will shoot the professor and he will die

Unfortunately, the survival of the main characters can’t be guaranteed, and fans have been predicting some major deaths in the intervening months before the final season.

Meanwhile, the Professor himself received the shock when disgraced inspector Alicia Sierra managed to infiltrate his hideout.

In season four, crucial gang member Nairobi died – but that doesn’t mean Alba Flores won’t be part of the next season.

In the same way that Berlin, Moscow, and Oslo still appeared after they had all seemingly exited the show, there could be more on the horizon for Nairobi.

“With La Casa De Papel, we go game by game, like Simeone. Chapter by chapter, sequence by sequence, line by line,” he said. “We do not ever consider how long the show can last. If we got to know the scope of the phenomenon, we wouldn’t have thought to kill Berlin.”

Also read: When Money Heist actor Alvaro Morte aka Professor opened up about his battle against Cancer

6.    Comic side of the characters

Alex Pina shared on the options for specific characters: “I think Arturito could have a black comedy. Berlin’s case for his own show is very clear – he’s a misogynist, a psychopath, egocentric, a narcissist, a delinquent, a rapist… but still there are lots of people who adore him, because he values friendship, loyalty or fraternity.”

“From Nairobi to El Professor… Denver is yet another character with his own charm. I would love to write all of them as spinoffs!”