Bhag Singh, a 28-year-old, is addicted to drugs and has lost his mental balance due to a lack of intoxication. 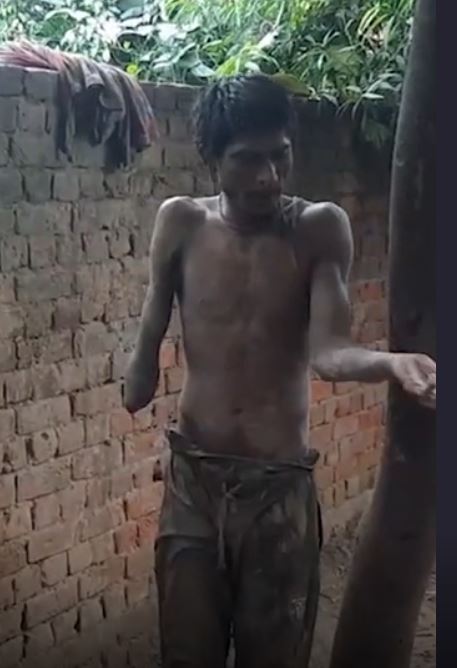 A story about a drug-addicted boy and his mother has come into the light from Ludhiana, Punjab. Bhag Singh, the resident of Siala village in Ludhiana, is a drug addict and has lost his mental balance. Due to lack of money his Mother, Charanjeet Kaur tied him with a tree as he attacks people and demands drugs.

Charanjeet Kaur said that her son take drugs for two years and has sold half of the household items to buy drugs and alcohol. He has even stolen money to buy drugs.

The financial condition of their house is weak and because of this she is not able to provide proper treatment to her son therefore, she tied him with a tree so that he remains in front of her eyes and does not attack the people. The pain was clearly visible on her face as her son is slowly dying in front of her.

Also Read: Candy’ Web Series review: story about drugs and a masked killer; makes to keep you hooked till the end

Dr Tarakjot Singh, Senior Medical Officer of Sub Division Hospital, said that youth Bhag Singh is being admitted to the drug rehabilitation centre. “We will try that his treatment should be done at government expense and the family should not be burdened by it,” said Dr Tarakjot.