Candy’ Web Series review: story about drugs and a masked killer; makes to keep you hooked till the end

Viewers who are delighted with the suspense will enjoy this web series. Who is the killer, the question remains in mind from beginning to end 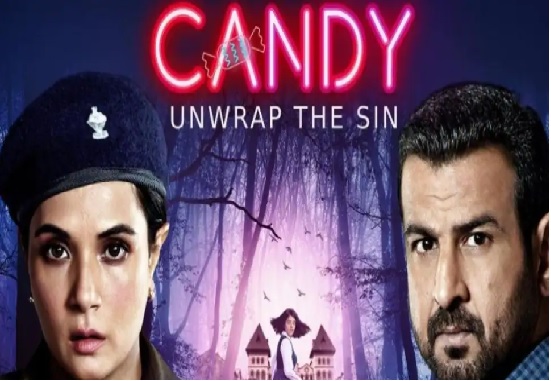 The mountains are always mysterious and there are several folklores surrounding the mystic valleys in India. Playing upon one of the conspiracy theories, director Ashish R Shukla comes up with Candy, a murder mystery in the Himalayas set against the backdrop of drugs, corruption, redemption, monsters, cops, masters and the students. The premise is about how a murder impacts the ones in power and brings them all under the radar of law.

The series is split into 8 episodes with an approximate run time of 5 hours plus. However, the story telling is gripping from the word go and the director manages to hold the attention for a major chunk of the narrative.

There are a couple of loose ends in the fourth and fifth episode, however, the twists and turns grips you into the narrative from the sixth episode onwards. While the unfolding of core conflict is a little predictable, the finale is something that comes across as a shocking surprise. The cinematography takes us through the beautiful locales and also brings in the requisite darkness to the narrative on screen as demanded by the script.

The dialogues are solid as the team has managed to crack the right balance between keeping them real and bringing a larger-than-life touch. Much like Undekhi (Ashish’s earlier digital venture), there is a unique multi-dimensional storytelling template that’s at the display here, switching from the story of one character to the other.

The cosy arrangement is shaken up by the gruesome death of a student, which is blamed on a masked forest-dwelling serial killer called Masaan. School teacher Jayant (Ronit Roy) is deeply affected by the teenager’s demise. Jayant hasn’t yet overcome his daughter’s suicide, and he leaps into the investigation when the student’s girlfriend Kalki (Riddhi Kumar) says that she has been attacked by Masaan. It is suggested that she isn’t the only one.

Is Masaan a figment of the imagination, a result of Candy’s effect on the brain? Or is the creature a creation of Ranaut, who will go to any lengths to maintain control of his fiefdom? The show’s creators cast the net of suspicion far and wide.

Candy is a well-made murder mystery that rides on the towering performances of Ronit Roy and Richa Chadha with an element of unpredictability towards the end.