Mouni Roy's character poster from Brahmastra has been released and showed her as Junoon - Queen of Darkness. 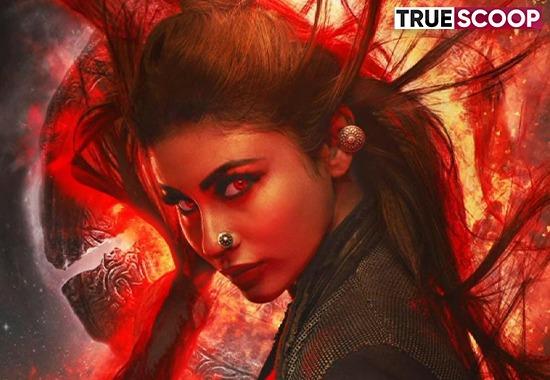 The motion poster featuring Mouni Roy as Junoon- Queen of Darkness, has been released a day before the trailer comes out. The film's producer Karan Johar, director Ayan Mukerji, the lead actor Alia Bhatt, and Mouni herself shared the new poster on their Instagram handles and talked about the role.
Mouni Roy, who will be seen as the antagonist in the film fighting with Ranbir Kapoor's Shiva for the Brahmastra, was seen in a devilish avatar on the poster. She wrote on Instagram, “After 5 years of anticipation, the possibility is now a reality. Kar le sabko vash mein apne, andhere ki rani hai. Brahmastra ko haasil karna, yah Junoon ne thaani hai (She is the Queen of the darkness who can control others, Junoon is determined to procure Brahmastra). Meet the leader of the Dark Forces... our Mysterious Queen of Darkness… Junoon! Watch out for Junoon in our Trailer tomorrow!"
Ayan Mukerji called Mouni a 'surprise package' who will be making a special appearance in the film, which is scheduled for a theatrical release on September 9.
Also read: Special Report: Untold story of 677 days of investigation of Sushant Singh Rajput’s death
He wrote on Instagram, "A lot of people, I think, are going to walk out of Brahmāstra, talking about Mouni’s Performance as Junoon. Moun - who has deep belief and deep surrender for Lord Shiva - has always understood Brahmāstra very naturally - and with that understanding, she really killed it with her part in our movie! My first meeting with her, I offered her a ‘special appearance’ in Brahmāstra. Eventually, she shot with us from our first day to our last schedule, and is really, the surprise package in the film!"