MP lawyer who was jailed for sending ‘indecent’ birthday message to woman judge, gets bail

Justice Subodh Abhyankar heard the case through an online session, it was Yadav’s second bail application. 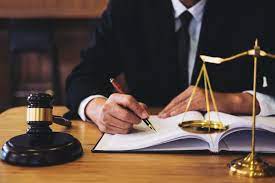 A lawyer, who was booked four months before for sending an ‘indecent’ birthday message to a woman judge, has granted bail from the Madhya Pradesh High Court. The Indore court bench has said that if he is found approaching the woman judge directly or indirectly or tries to stalk her, the bail orders would be canceled.

Justice Subodh Abhyankar heard the case through an online session, it was Yadav’s second bail application. His first bail was rejected on April 27, 2021.

The lawyer, Vijay Singh Yadav allegedly downloaded a photo of the judge from her Facebook account and used it to make a greeting card to wish her on her birthday. He wished her on her official email address on January 29. He was arrested on February 9, 2021.

The High Court on Saturday said, “The application filed by the applicant (lawyer) is allowed, subject to the condition that if it is found that the applicant in any manner directly or indirectly tried to approach the concerned judge (the victim) and tries to stalk her in any manner, this order shall stand canceled without further reference to the court and the police shall be entitled to arrest the applicant in the present case.”

Meanwhile, Yadav’s counsel KK Gupta said that his client does not have a criminal background, is a lawyer, and would not practice or stalk her in court in the future and has tendered an unconditional apology, therefore, his bail application must not be rejected.

Later, the court allowed Yadav’s bail application on a personal bond of Rs 50,000, “with one solvent surety of the like amount to the satisfaction of the trial court.”