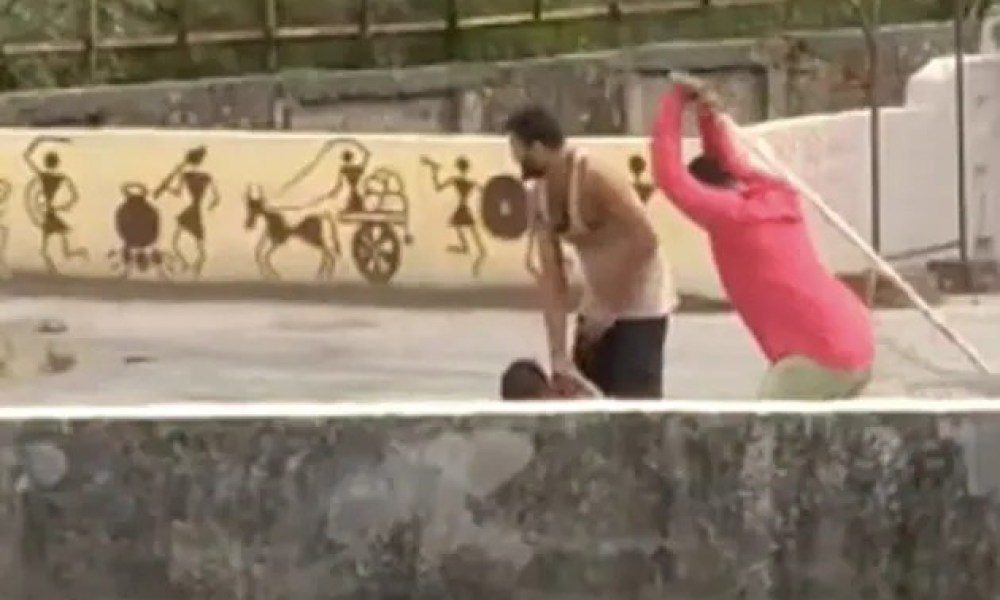 A 26-year-old man was beaten to death by group of five men over a land dispute in the Ujjain district of Madhya Pradesh. The man was badly kicked, thrashed, and punched, however, the incident was captured by an eye-witness on a mobile phone.

As per the officials, Govind, the victim, was beaten till he fell unconscious, then he was taken on a bike and thrown outside his house by the accused.

Police said that five accused have been arrested and police have been looking for more suspects.

It is being learnt that the victim Govind and the accused fought over a land which was used by them for cattle rearing and grazing.

In the video clip, Govind is lying on the road and three men were seen beating him in broad daylight with sticks.  When Govind was unconscious, the accused took him on the bike and threw him outside his house, then his family admitted him to the hospital and from there he was shifted to another hospital in Indore, which was almost 50 Km away.

His family informed that Govind died during the treatment.

Govind’s friend told Police that Govind was called by one of the accused, Ashu Dagar at his house on the pretext of harmless talk. The accused was joined by a few others and Govind was beaten as well thrashed.