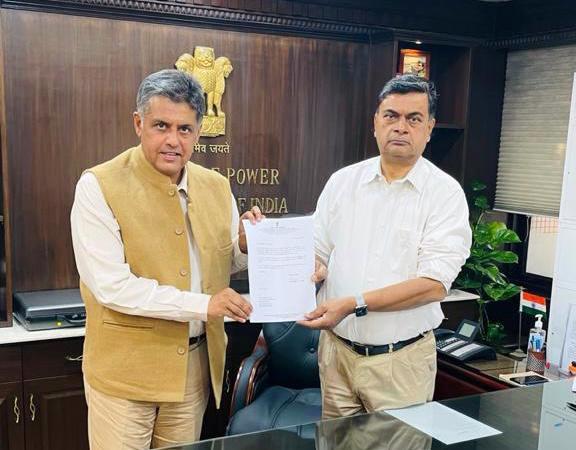 Ropar, 23 February: MP from Shri Anandpur Sahib and former Union Minister Manish Tewari met Union Energy Minister RK Singh in Delhi on the issue of lease of Nangal Township, where he discussed with the Union Minister to resolve the issue of ownership of the residential properties of Bhakra Beas Management Board in Nangal.

MP Tewari  told the Union Minister that the people living on these properties for the past about 6 to 7 decades should get ownership rights here. He said that a survey was done in this regard by the former chairman of BBMB, but the matter could not proceed after he got changed.

On this, the Union Minister instructed Joint Secretary Hydro Tanmay Kumar to ask the current and former chairman and give directions in this regard and report to them and the MP within 15 days.

Significantly, MP Tewari  has met the Union Minister 4 times in the last 20 months on this matter.