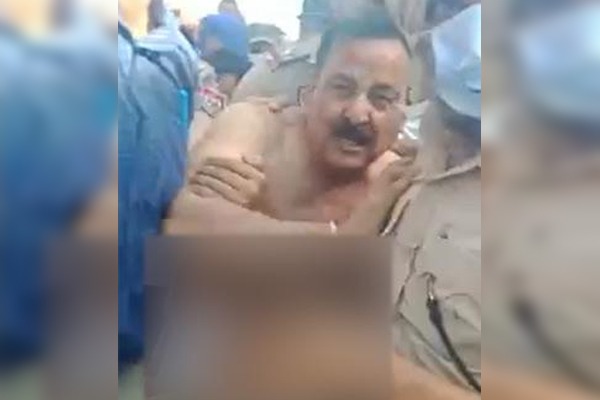 Senior Superintendent of Police (SSP) Muktsar D Sudarvizhi said that with the help of video footage and other means, the Muktsar Police have booked around 27 persons in the case, out of which, four including Surjit Singh, Nem Pal Singh and Baldev Singh, trio residents of Bodhiwala village while Gurmeet Singh from Khunan Kalan have been arrested.

The SSP said that following the attack by protesting farmers on MLA Arun Narang, the Muktsar police on Saturday, had registered an FIR and booked three persons by name including Lakhanpal Sharma of Alamwala, Nirmal Singh Jasseana and Avtar Singh Fakarsar. The case was registered under sections 307, 353, 186, 188, 332, 323, 342, 506, 148 and 149 of the Indian Penal Code (IPC) at Police Station City Malout, she added.

SSP Sudarvizhi said that the MLA Arun Narang, who was in Malout in connection with the press conference was gheraoed and assaulted by the agitating farmers, who started thrashing him.

She said that the Police party, including SP Hqrs Sri Muktsar Sahib, DSP Malout, 2 SHOs, Quick Reaction Team, who were trying to protect the BJP MLA ever since he arrived at his party office venue in Malout, and were trying to organise a safe evacuation for the MLA was also attacked by the mob of protestors, including SP Gurmail Singh, Constable Ranjit Singh and Constable Harmanpreet Singh, who had suffered injuries and are presently undergoing treatment at Civil Hospital Malout.

“The police are conducting raids and the other accused persons involved in the attack will be arrested soon,” said SSP D Sudarvizhi.