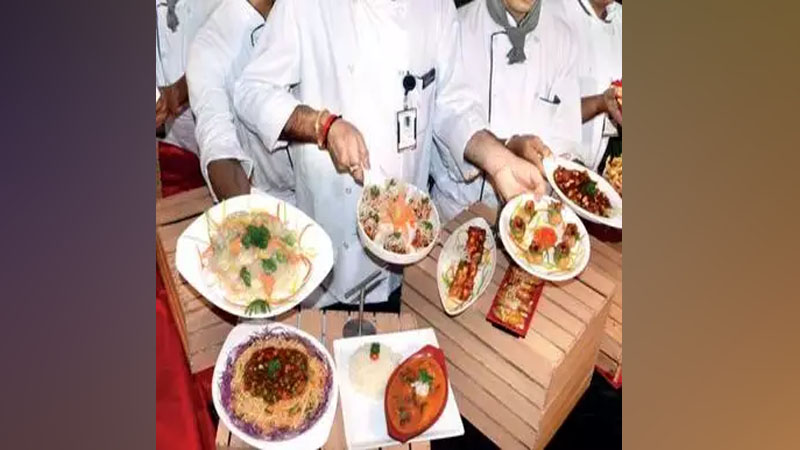 The front-line order taker, in a blink of an eye, said no. He did not give the guest a chance to ask another question and said, "All ingredients used in our dishes are made in India or are brought in from Singapore."

An employee of the restaurant was aware enough to judge where the question is coming. Since the deadly coronavirus outbreak, originated in China's Wuhan region, prominent restaurants serving Chinese food have seen a number of inquiries about the source of their ingredients.

However, some of the restaurants have said, people are now avoiding Chinese cuisine despite being favourite among the public, in fear of containing the novel virus, linked with respiratory diseases.

Amit Lohani, founder-director, Forum of Indian Food Importers claimed food importers have now become cautious. "People have halted their food shipments from China and are avoiding travelling there. It may have a long-term ripple term effect and prices may shoot up in the near future," he further added.

Some Chinese restaurants confirmed they have stopped placing fresh orders for made-in-China products and have started to look for alternative sources. "Lots of ingredients come from China. We buy them through distributors. But all supplies are approved by the food regulator. Right now, we don't foresee any issues but there will be a crunch in supplies in the coming months. We will have to use alternatives wherever possible and may have to make some dishes unavailable from the menus till supplies resume," said chef Sharad Dewan, regional director-food production, The Park Hotels, which runs 22 properties in the country.

Though, Chinese restaurants chefs have denied any shortage of food products as " they usually have buffer stocks and there would not be any need for import in immediate weeks." Chef Yongliang Wong of Ano Tai, a Chinese restaurant at Jaypee Vasant Continental hotel in New Delhi said, " Anyway, most of our items are sourced from Thailand and Hong Kong. But we are still checking with suppliers and vendors so that there is no issue in the coming weeks."

Wong further added, "Due to the hype on media platforms, guests are restricting themselves from visiting Chinese restaurants."

In another fine-dine outlet in a five-star restaurant of Goa, it was business as usual as people waited in queue to place their order for a taste of chicken in hot garlic sauce and crispy vegetable roll, said its executive chef.

"At our restaurants, most products, for instance, noodles, are of Indian make. Only 10 per cent of ingredients, specifically sauces, are imported. But those too are brought in from Singapore, Indonesia and Malaysia. Kwong Cheong Thye and Lee Kum Kee, the brands we use, have manufacturing facilities in these regions."

Dr Padmaja Keskar, the city's executive health officer said as long as food is cooked well and long enough, there can be no risk of infection. "The only problem is with fomites (objects such as clothes and utensils that could carry infection)," she said.

Chinese food has become a burning topic to discuss because of the novel coronavirus outbreak. Indonesia plans to ban live animals and certain foods and beverages from China. Many countries, including the UK, are reporting a drop in sales of Chinese food. German Federal Institute for Risk Assessment said given the virus' transmission methods, infection from food exported from China is unlikely. Doctors said the fact that WHO has not mentioned Chinese food at all indicates the low risk associated with it.