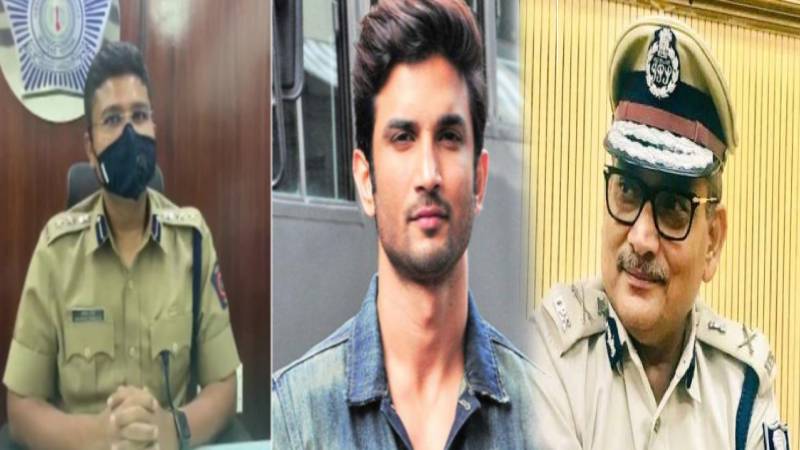 As the mystery of Sushant Singh Rajput's death gets murkier with new revelations leaping out of the dark every day, two probe teams have been trying to get a foot-hold -- the Mumbai Police who have been at it for over 45 days and the recent new entrant their Bihar counterparts post-July 25.

The allegation were raised that a four-member police team from Patna, which went to Mumbai to probe into the alleged suicide of the 32-year-old actor who belonged to Bihar's Purnea, has not been getting cooperation from their Marathi counterparts.

On Saturday, Bihar Director General of Police Gupteshwar Pandey spoke to the media in a bid to calm the atmosphere saying the Mumbai Police is "highly professional" and he hoped to get cooperation from them.

Talking to journalists in Patna, the DGP accepted that though his team was yet to get a hold of the post-mortem report, photo of the crime scene, video and other 'documents' but he has full faith that all these will soon be made available to the Bihar team.

The DGP said he is expecting full support from the Maharashtra government and its professional police. Sushant had died on June 14 in his Bandra residence and Mumbai Police is yet to register an FIR.

It was on July 25, that the late actor's father registered the first FIR in the case at Rajiv Nagar police station in Patna.

Pandey said, "Rhea Chakraborty, the main accused in the Sushant Singh alleged suicide case, has moved the Supreme Court to transfer the case to Mumbai. In such a situation, it is expected that the Mumbai Police will be waiting for the order of the Supreme Court.

"I am sure Mumbai Police will definitely accept whatever order the Supreme Court gives in this matter."

He said, "The Bihar Police team met DCP Crime in Mumbai and they have assured that they will co-operate. They too are awaiting the decision of the Supreme Court in this case. After that they will give us all the documents. Then we will be able to investigate the matter independently and as I have said earlier that Bihar Police is fully capable of investigating this matter. Not only Bihar, the whole country today wants to know the truth in this matter. Bihar Police is engaged in bringing out the truth."

The DGP said that Bihar Police is currently working on the basis of evidence. He said, "After Sushant's death, I was among those who first met his family. Sushant's father has lodged an FIR. Bihar Police team is in Mumbai. Our senior IPS officers are in touch with the Mumbai Police. We are awaiting the order of the Supreme Court. Before that we are working on the basis of evidence."

Pandey also said that Chief Minister Nitish Kumar was deeply saddened by the untimely demise of a talented actor. He said, "I had said this to his father when I went to meet him at his house after receiving the news of Sushant's demise. I said I have come to you with CM's condolence message. In this difficult moment, the entire state is with you and that is why I am again saying that as the head of Bihar Police, I assure you the justice on behalf of the entire state."

On July 25, Sushant's father K.K. Singh registered a case against Rhea Chakraborty and six others, including her family members for abetting his son to commit suicide. After the case was registered, Bihar Police reached Mumbai and started investigating the case.

Rhea Chakraborty has, however, approached the Supreme Court to shift the case to Mumbai. A decision in this regard is to be made on August 5 in the top court.