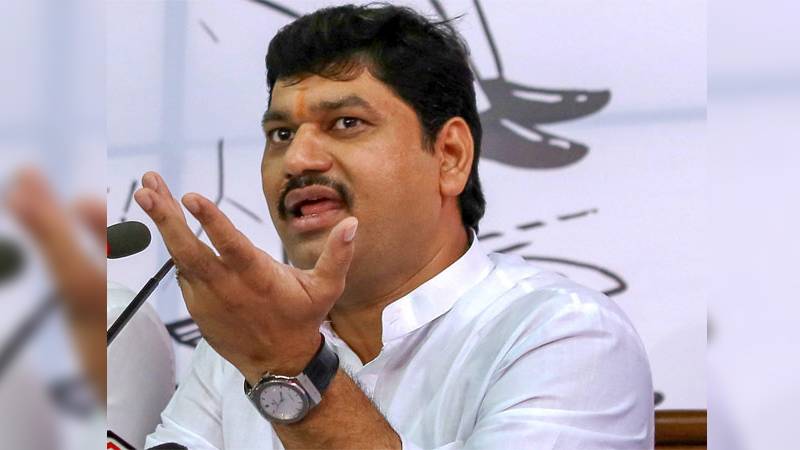 A shocking incident has come into the limelight that has shocked the nation. A playback singer has accused a senior NCP leader who is also a Maharashtra Minister Dhananjay Munde of rape. The singer took to Twitter and sought help from NCP Cheif Sharad Pawar and Supriya Sule after the Mumbai Police allegedly refused to lodge an FIR against the Minister.

The singer shared a copy of her complaint against Munde and accused him of raping and blackmailing her. On Twitter, she wrote, "I have lodged complaint of Rape @MumbaiPolice @CPMumbaiPolice against #DhananjayMunde no action till now @PawarSpeaks @supriya_sule @UdhavThackeray . Oshiwara police station is not even accepting my written complaint @Dev_Fadnavis my life is in threat please help @narendramodi."

She has also alleged that her life is in danger. As per the copy of the complaint, the singer has accused Dhananjay Panditrao Munde, who she claims is her brother-in-law, of sexual assault and rape under the pretext of marriage and blackmail.

Following this, Munde issued a clarification and refused all the allegations against him. Munde said, "This matter was known to my family, wife and friends. In this mutual relationship, we were blessed with a son and a daughter. I have given my name to both of these kids. From school admission to all the papers, these kids have my name as parent and stay with me. Since 2019, the woman and her sister Renu Sharma started demanding money. I have SMS proofs that Renu Sharma asked me billions of rupees. "

Munde shared that after 2019, Karuna and her sister Renu, along with their brother Brijesh, started blackmailing him and demanded money. "They also threatened to kill me. In this regard, a complaint has also been lodged with the police on November 12, 2020," he said.

"In this regard, I have filed a case in the High Court and the matter is sub judice. At the same time, the process of reconciliation is underway through the lawyers of both parties. In this context, I have personally gone to the High Court against Karuna Sharma. It would not be appropriate for me to comment further as it sub judice," he stated.

"However, since then, Renu has started posting false and defamatory allegations against me claiming that I raped her under the pretext of marriage. All these allegations are false, and part of the plan of Karuna and Brijesh to blackmail me and collect ransom from me," he added.