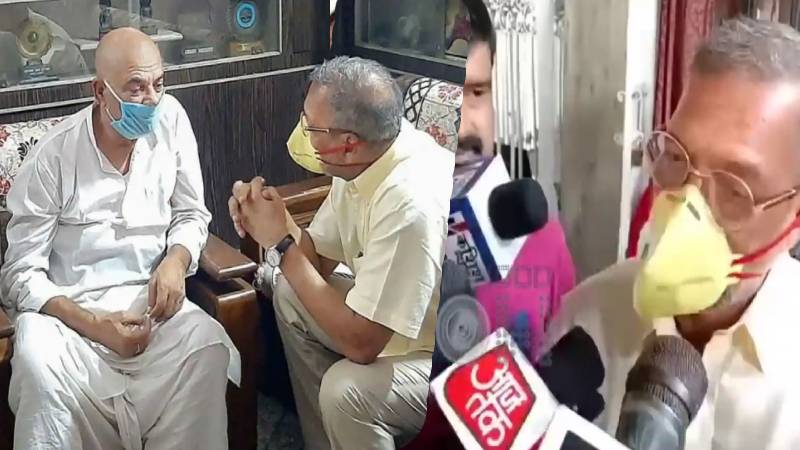 In a heart-warming gesture, Bollywood veteran actor Nana Patekar visited Sushant Singh Rajput's home in Patna to pay his homage. Nana was visiting on the occasion of Sushant Singh Rajput's Terahvi (13 Days of Demise).  on Sunday. The family performed the 13th-day post-death ritual on Saturday and Nana visited them the next day to offer his condolences. The pictures and videos of the veteran actor from Patna are currently going viral on social media. As seen in the video, Nana first folds his hands in front of Sushant’s portrait and then steps inside the house to meet his family members.

Fans are hailing Nana Patekar, however, when asked about the demand of CBI investigation, the veteran actor remained silent. Is it too tough to speak on justice in Bollywood?

Sushant died by suicide after hanging himself to the ceiling fan of his apartment in Bandra on June 14. The actor was 34 years old. As a tribute to him, his family decided to open a foundation in his name that will support the young talent trying to make a career in the areas that Sushant was interested in – cinema, sports and science. In the official statement released from the family on Saturday, it was mentioned that the actor’s childhood home in Patna will be converted into a memorial that will showcase the things that he owned like his telescope, the flight-simulator and the books he used to read.