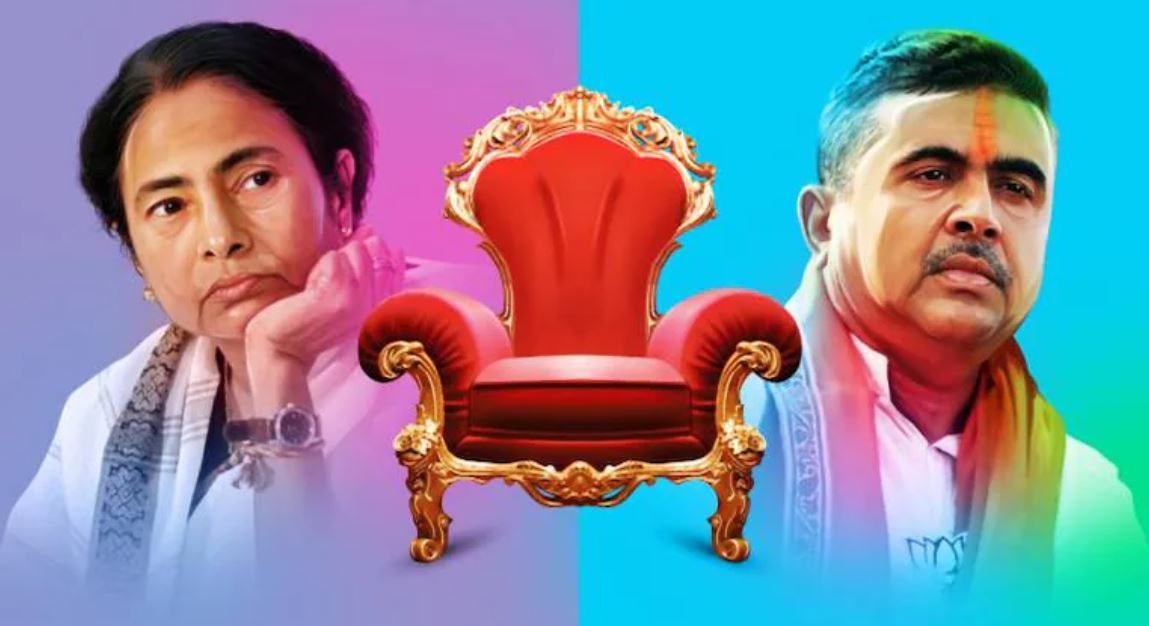 Assembly Election 2021 results are soon to be announced as the counting of votes commenced at 8 AM today. On the 2nd of May, the results of West Bengal, Assam, Tamil Nadu, Kerala, ad Puducherry will be declared as the state polls ended in these regions.

Amid the Covid19 crisis, stricter preventive measures are followed during vote counting. Also this year the Election Commission has ordered the suspension of victory rallies after the declaration of results.

West Bengal held elections in 8 phases and the exit polls doubted a tight race between CM Mamata Banerjee and Suvendu Adhikari. Mamata Banerjee contested from Nandigram instead of contesting from her safe seat of the Bhabanipur constituency.

Nandigram is the main highlight of Assembly Elections 2021 in West Bengal. The topmost political leaders of the state, Banerjee and former TMC member Suvendhu Adhikari, now on the BJP side are fighting for seat in the Nandigram region. According to initial trends, BJP’s Suvendu Adhikari and former aide of Banerjee is in lead.

Here are the reasons why Nandigram is the biggest battleground in the Assembly election of 2021.

The two seats of Nandigram and Singur have historically changed the course of politics in West Bengal. The state was ruled by the Lefts for almost 34 years. But the Nandipur killings and the Singur movement led to the collapse of the Left government in 2011.

Maa, Mati, Manush- Meaning Mother, Motherland and People, TMC’s slogan which was raised after 14 villagers were killed in police firing in Nandigram in 2007 who were protesting against land acquisition along with TMC. The slogan ensured the inception of Banerjee's stronghold in the region.

Banerjee also protested against the land acquisition in Singur.

TMC held strong roots in the Nandhigram constituency, as in 2016 Suvendu Adhikari won in the region. However, then he contested by TMC’s side. Last year, Adhikari left TMC and joined rival party BJP and is now contesting for the same constituency against TMC. Due to this complex situation, the Nandigram results are quite unclear.

Also, the Nandigram constituency comes under the Purba Medinipur district which is considered as the bastion of the Adhikari family. In the biggest political movement in West Bengal which was led by Mamata Banerjee, Suvendu Adhikari was the lieutenant and claims to be the one who made the movement successful.