In his recent interview, Naseeruddin Shah said ‘Mughals were refugees’ after which he is being heavily trolled on social media. 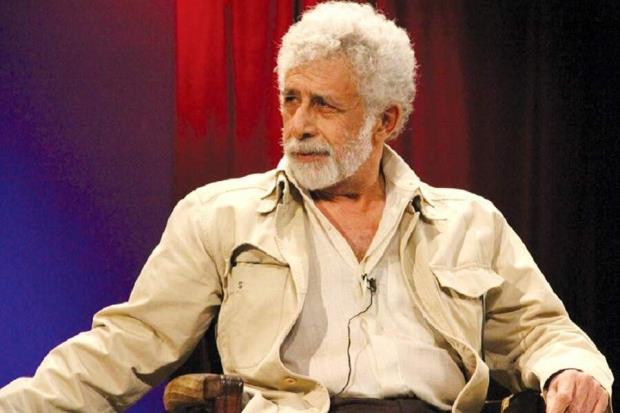 Veteran actor Naseeruddin Shah publicly took a stand against 'anti-muslim' campaigns conducted 'under the pretence of Dharm Yatras' in various parts of India. As the actor warned of a "civil war" in his recent interviews and called Mughals "refugee", he has been in soup and is being heavily trolled on social media.
In a 'transparent and honest' interview with The Wire, Naseeruddin Shah said that if attempts are made for Muslim genocide and ethnic cleansing, Indian Muslims will fight back.
"If it comes down to it, we'll fight back... We'll do it if it comes to it. We are defending our families, our children and our homes," the actor was quoted by the reputed media outlet.
In a video that has gone viral, Naseeruddin Shah claims that the Mughals came to India to make it their homeland. He further stated that the Mughals are the ones who have given the country everlasting monuments.
Shah, in the interview, said that "the so-called Mughal atrocities are always being highlighted. We tend to overlook that the Mughals were contributors to the country. They are people who have left enduring monuments in the country, as well as traditions like dance, music, painting, and literature. You can refer to Mughals as refugees."
Speaking about Haridwar's Dharam Sansad incident in which the religious leaders called for genocide and ethnic cleansing just 10 days ago, the actor said, "I wonder whether they realise what they're talking about? 200 million people will fight back. We belong here. We were born here and we will live here.”
"Calls for genocide could lead to civil war," Shah added.
On being questioned, “what does it feel like to be a Muslim in Narendra Modi’s India" during the interview with The Wire, the actor responded by saying, “Muslims are being sidelined and made redundant.” "They are being reduced to second-class citizens and it is happening in every field," he added.
Also Read: Kalicharan Maharaj held from MP over remarks against Mahatma Gandhi
"A concerted effort is being made to scare Muslims," Shah said, adding "but I'm not afraid because this is my home. I'm worried about what will happen to my children."
Shah claimed that the Prime Minister "doesn't care" about the bloodcurdling calls for genocide and ethnic cleansing, adding that "at least you can't accuse him of being a hypocrite."
He also claimed that the Prime Minister "follows people who call for genocide on Twitter."
"Our leader remains silent while claiming to care for everyone," he stated. "He will flaunt his own religious principles while snarling at Muslims."
Netizens reaction
After Shah called Mughals refugee, he is being heavily criticised on Twitter. Where one netizen said, "Why this relentless obsession with invaders? A new low - Mughals are refugees," another tweeted, "Mughals were invaders, not refugees. They were armed raiders, who visited India not to seek asylum, but to rule, taking advantage of disunity amongst the then existing Kingdoms in Indian Peninsula. They had their own culture, a sister branch of Indo Aryan culture, influence was obvious."
A third user trolling the veteran actor wrote, "Mughals were refugees, Aryans were invaders & Naseeruddin Shah so called champion of Secularism are legacy of Mughal refugees in India."