The nation lost “Missile Man” in 2015. APJ Abdul Kalam was delivering a lecture at IIM Shillong where he suffered from cardiac arrest and died. 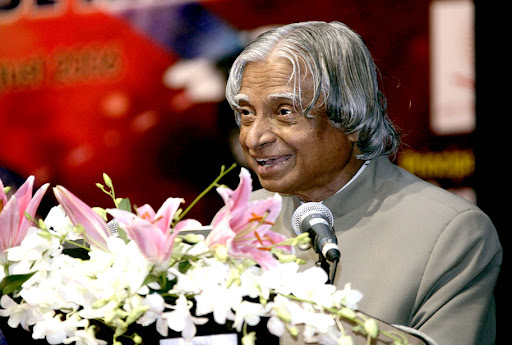 India’s 11th President APJ Abdul Kalam passed away on 27th July 2015. APJ Kalam was present at IIM Shillong when he suffered from cardiac arrest and collapsed, which lead to his death. After he suffered he was rushed to the hospital where he was declared dead. He was 83 years old at the time of his demise.

He was the most lovable President of India and he served the nation between 2002 and 2007 and was elected by both the then ruling party Bhartiya Janta Party and opposition party Indian National Congress. He was popular as “People President” because people from all religions, castes, and political parties were fond of him. By profession Kalam was an aeronautical scientist. He was popularly known as “Missile Man of India” because of his organizational, technical or political role in Pokhran-II nuclear test in 1998. For his amazing work in the field of politics and science, he was honored by Bharat Ratna, the highest civilian award.

Also Read: Bust of APJ Abdul Kalam made of scrap at Yeshwantpur Rly station, a huge hit among netizens

His last tweet was, “Going to Shillong.. to take the course on Livable Planet earth at IIM.”

Dr Kalam left the world but his ideas, thoughts and teachings are still here. He had written a lot of books, many of his books were best-sellers and people still love to read them. Some of his popular books are – Wings of Fire, India 2020, Turning point, Ignited Minds and Transcendence.

Avul Pakir Jainulabdeen Abdul Kalam was born in Tamil Family on 15 October 1931. He completed his education at the Schwartz Higher Secondary School, Ramanathapuram. He earned a graduate degree from Saint Joseph’s College, which was then affiliated with the University of Madras. He then moved to Madras to study aeronautical engineering at Madras Institute of Technology.

The nation paid tribute to Missile Man on the 6th Death Anniversary. JP Nadda, Member of Parliament tweeted, “Humble tribute on the death anniversary of Bharat Ratna Dr. APJ Abdul Kalam Ji, the former President of the country, known as 'Missileman', a great scientist, a source of inspiration to the youth, who played an important role in making India nuclear power.”

Former Minister for Health & FW Dr Harsh Vardhan tweeted, “‘If you want to shine like a sun, first burn like a Sun’ - #APJAbdulKalam

On his death anniversary, remembering India’s eternal guide and mentor whose thoughts continue to ignite passion in more than a billion hearts to strive for achieving excellence!”