Sidhu also questioned the economic viability of freebies promised by political parties ahead of the Assembly election. 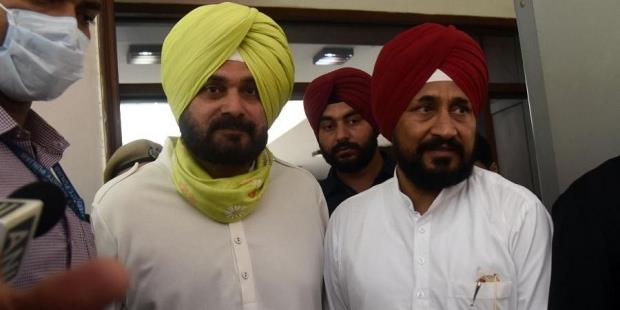 Punjab Congress chief Navjot Singh Sidhu has once again threatened the Channi government with a hunger strike. The Congress leader on Thursday stated that if the state government does not make the reports on the drug menace and the sacrilege incident public, he will go on a hunger strike.

Sidhu also questioned the economic viability of freebies promised by political parties ahead of the Assembly election.

Punjab is under debt of Rs 7 lakh crore. "We are waiving off the debt by taking loans." Sidhu further alleged that he would bring Rs 2,000 crore from sand and Rs 20,000 crore from liquor.

The cricketer-turned-politician further said that Chief Minister Charanjit Singh Channi's announcement to cap cable TV charges at Rs 100 per month was impractical because the TRAI had set the rate at Rs 130. He hastily added, however, that Channi's performance was superior to that of former Chief Minister Capt Amarinder Singh.

Taking a dig at Capt Amrinder Singh, Sidhu said that he proposed a law that could have ended cable mafia, but the ex-CM stalled him.

“Fastway has 3-4 times TV connections than data it is sharing with govt. Badals made laws to protect its monopoly. Capt Amarinder stalled my proposed law which would have ended Fastway monopoly, got revenue for state per connection & reduced TV cable prices for people to half,” said Sidhu after ED raided the properties of Fastway cable company owner, today.

As Sidhu spoke on Thursday in Moga, he also announced Darshan Singh Brar as the candidate for the Baghapurana seat. Notably, Brar is a Sidhu loyalist who has openly backed the PPCC head during the face-off with Captain Amarinder.

Earlier on Wednesday, Sidhu slammed the AAP for its pre-election sop announcements, saying that people won't fall for populist measures unless they're backed by a policy framework, defined budget allocations, and implementation metrics.

"Kejriwal's financial assistance scheme for women, as well as other promises, will cost thousands of crores of rupees and will exceed the state budget," said the Congress leader.

People are being given "lollipops" by the AAP leader, he claims. Sidhu's remarks came just a day after Kejriwal praised the Congress leader for bringing up issues of public welfare.

Also Read: ‘No model other than Channi Model can ensure holistic growth of Punjab'

"Whatever our chief minister has said... the party will back him and stand by him," Sidhu said of various announcements made by Chief Minister Charanjit Singh Channi for various sections.

"His (Channi's) intent is correct," said the state Congress president, adding that the chief minister has the support of the party.