Navratri 2022: Offer prayer at Maa Tripurmalini Dham in Jalandhar; one of the 51 Shaktipeeth in India

Maa Tripurmalini Devi Dham is one of the famous Shaktipeeth’s of North India. 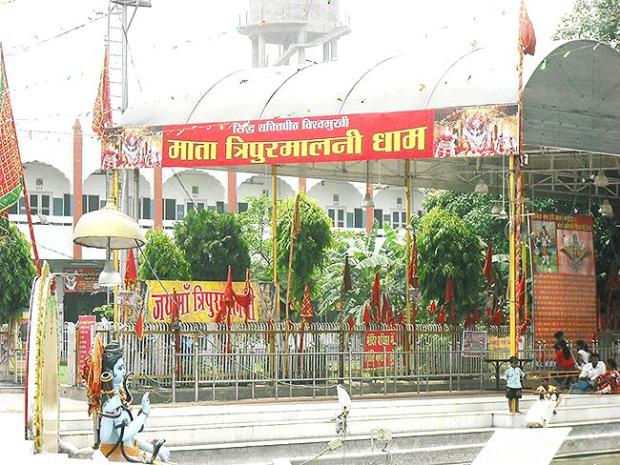 Chaitra Navratri, which has special significance for the worship of Maa Durga, begins on the day of Shukla Pratipada of Chaitra month. This time the festival of Chaitra Navratri is starting from 2nd April 2022 and will be on 11th April till 2022. It is a nine-day festival, with Ashtami being celebrated on the last day after. 9th day is celebrated as Navami, which marks the birthday of Lord Rama.
Maa Durga is considered the goddess of happiness, prosperity and wealth. It is believed that Maa Durga bestows grace on her Devotees. During Navratri, a visit to Maa Tripurmalini temple will give peace and happiness to their devotees.
Maa Tripurmalini Devi Dham is one of the famous Shaktipeeth’s of North India. It is located in Devi Talab Mandir in Jalandhar. The temple is related to Maa Sati Devi's (Lord Shiva's wife) story. 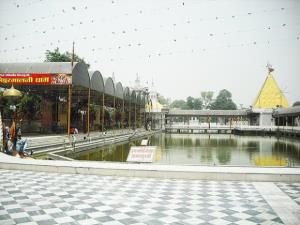 Devotees come from different states to visit Shri Devi Talab Temple. A special building has been built for his stay in the temple, in which the devotees who come for darshan take shelter.
Also read: Chaitra Navratri 2022: Know the rituals and fasting rules for the devotees
Annual fair at Maa Tripuramalini Dham Shri Devi Talab Mandir started at 8:00 am on April 1 (today), in which devotees from all over the state will participate, people will come with bandwagons after fulfillment of vows. Due to Corona period, the annual fair did not take place.