Vignesh Shivan did everything to make his lady love feel special on her birthday. 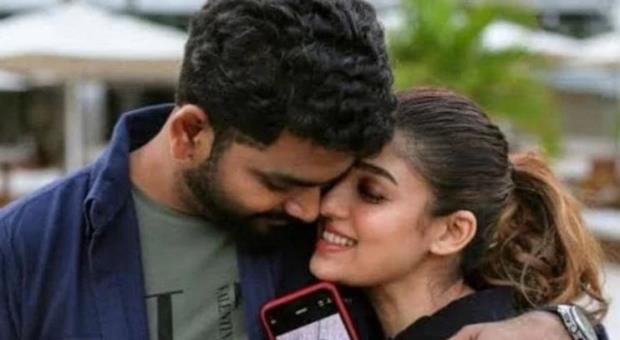 From arranging multiple cakes to bursting crackers as the clock struck 12 on November 18, Vignesh Shivan did everything to make his lady love feel special. In one of the videos, Nayanthara looks absolutely surprised after seeing the birthday cake made of her name.

Taking to his Instagram, Vignesh Shivan shared a birthday poster of Nayanthara from her upcoming romance-drama flick Kaathuvaakula Rendu Kaadhal. The poster also read, "Happy birthday to our Kanmani Lady Superstar Nayanthara. The actor's character's name is Kanmani in the coming film. Vignesh, also, penned a heartwarming note and wrote, "Happy birthday Kanmani, thangameyy and my ellamaeyyyy. Life wit u is full of love & affection to perfection. May God bless you to remain as beautiful as you are forever!!"

Vignesh Shivan and Nayanthara have been dating for six years. The couple got engaged in a private ceremony in the presence of their family members early this year. Nayanthara and Vignesh Shivan haven't announced anything about their wedding yet.

Also read: Who is Vir Das? Know why story behind #VirDas trends on twitter

Last seen on screen in Rajinikanth’s Annaatthe; Nayanthara currently awaits the release of upcoming Tamil romantic comedy Kaathu Vaakula Rendu Kadhal, which has been directed by Vignesh Shivan. The film also stars Vijay Sethupathi alongside Nayanthara.  Recently, the first-look posters of the three lead actors were shared on social media. The film will release in theatres in December.