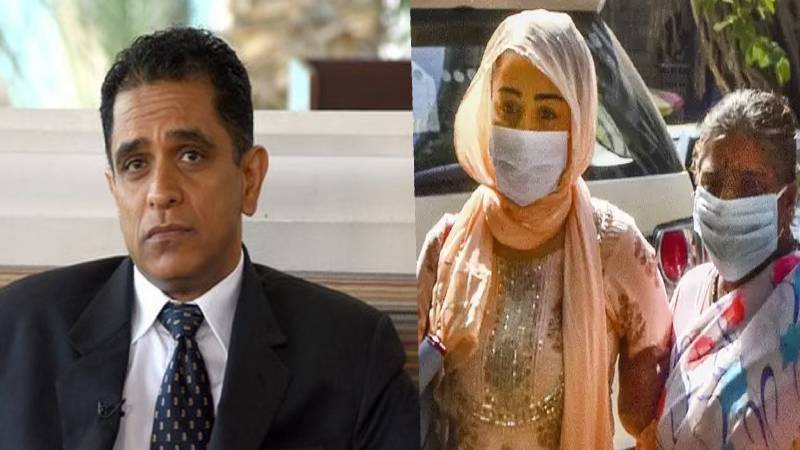 The Narcotics Control Bureau (NCB) has summoned veteran Bollywood filmmaker Firoz Nadiadwala in connection with the arrest of his wife Shabana Saeed and seizure of drugs from her, officials said here on Monday.

Shabana underwent a medical checkup at a government hospital before the NCB produces her in a designated court later this afternoon, even as Bollywood was stunned by the developments.

Firoz Nadiadwala, who was not at home on Sunday when the NCB raided his premises, has been called for investigations after the agency seized drugs worth Rs 3.59 lakh from his home, other locations and from at least four drug peddlers.

The NCB swooped on Firoz Nadiadwala's Juhu home and other locations to recover 717.1 gm ganja, 74.1 gm charas and 95.1 gm MD (commercial quantity), besides another 10 gm of ganja from a peddler Wahid A. Kadir Shaikh, alias Sultan.

After recording Shabana Saeed's statement, she was placed under arrest, and will now be produced before a court.

The operation is part of the ongoing investigations to unravel the nexus between Bollywood and the drugs mafia in the country's film capital since the past three months.

The Nadiadwalas are a prominent family of filmmakers credited with several blockbuster films and introducing major stars to Bollywood in the past over three decades.