Neeraj Chopra asked about his sex life, read what India's Olympic hero had to say

Spotlight comes at a price, Neeraj Chopra is learning everyday. This time, art historian and curator Rajeev Sethi's question left the gold medallist at a loss of words 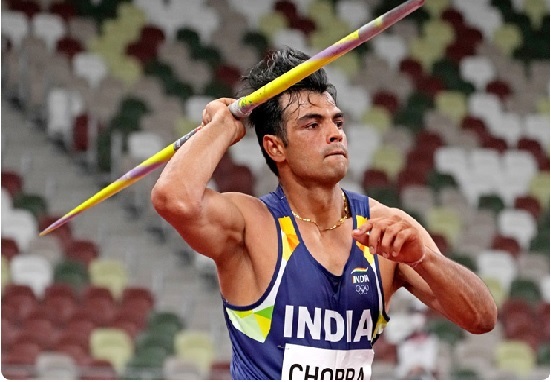 For Olympics gold medallist Neeraj Chopra, life has taken a 360 degree turn after his Tokyo achievements. While adulations and rewards have been plenty, he has also had some tough times dealing with media and people's questions, as he finds himself in the spotlight.

A recent incident once again proved to Neeraj that being the centre of attention may not always be a great. At an event organised by a media house, art historian and curator Rajeev Sethi seemed to have got carried away, and asked him the most personal question one can think of - about the athlete's sex life! The athlete was visibly embarassed and uncomfortable.

Kitne sundar nawjawan hai aap (What a handsome young man you are)," is how Sethi started his question. He said that crores of Indians want to ask Chopra one thing, but they feel hesitant. He then asked Chopra in Hindi as to how he balances his athletic training with his sex life!

While Chopra tried to evade the question and responded by saying, “Sorry, sir. I have said sorry, you can know my answer from that”, Sethi was not the one to give up! He went on to ask again how athletes manage to balance their training with their sex life.  Watch the video posted by a Twitter user: 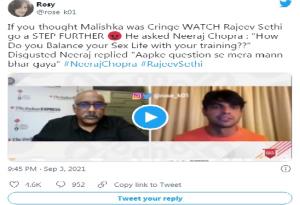 The post shared on Twitter had several likes and comments. While one asked why the same question isn't asked to Virat Kohli, another slammed Sethi for being "mannerless".

When Chopra refused to comment, the art historian on to apologise with Chopra giving a taut repy - that his heart  was overwhelmed by Sethi's question!