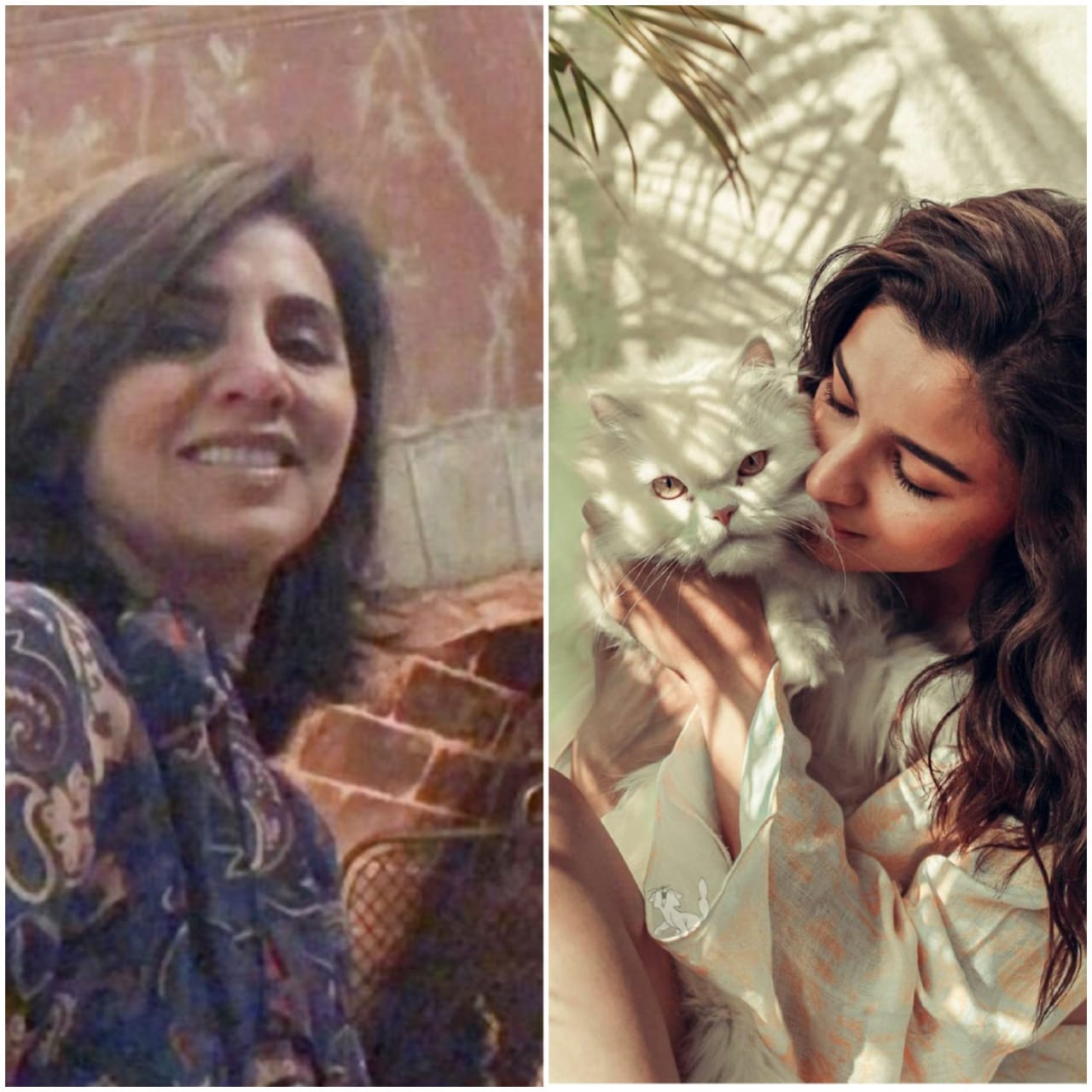 While the love birds Ranbir Kapoor and Alia Bhatt are spending some quality time in The Maldives, it seems that the Rockstar actor’s mom Neetu Kapoor has found a new friend to keep her accompany while his son is out. Neetu has made a furry friend which seems to have some connection with Alia Bhatt.

The senior actor has been quite active on social media for a few weeks now. On Saturday Neetu Kapoor shared a life update on her Instagram story and in her post, there was a cat. Well, the white cat was none other than Alia’s pet Edward.

Taking to her Instagram account, Neetu Kapoor shared a fluffy picture of this innocent creature. In the picture, we can see the Student of the year actor Alia’s cat Edward winking at the camera and it says that they both have started their friendship journey like this. Neetu writes, “my new friend Edward. Friendship that started with a wink”. There was not just one cat, instead of two of the fluffy creatures however one was only a GIF. The fans are drooling over Neetu’s new friend and the fact that how great a bond Alia shares with her bae Ranbir’s mother. 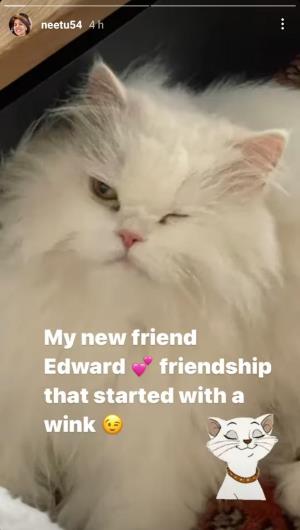 Alia and Ranbir after testing recovering and testing negative for covid 19 took off to Maldives a few days back on a vacation. Talking about Neetu’s work front, the actress is all set to hop back to the big screen with Varun Dhawan, Kiara Advani and Anil Kapor in the upcoming movie Jug Jugg Jeeyo.