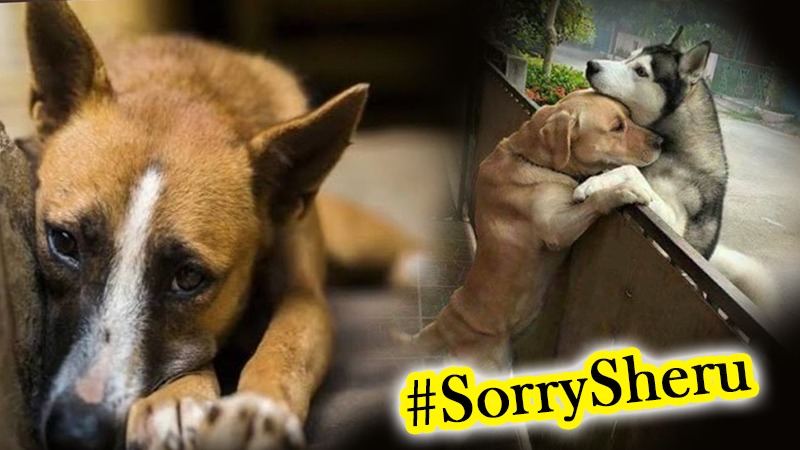 In a heart wrenching incident, a female dog living on the streets of Juhu galli in Andheri (West) was allegedly raped by a 68-Year-old man who has been identified as Ahmad Shah. The man has been arrested last week by the D N Nagar police and they informed that this incident took place in December last year, while the video has been procured now.

As per information, the accused Ahmad Shah works as a vegetable vendor and is a resident of Juhu galli, Mumbai. The incident came to light when Vijay Mohnani from NGO Bombay Animal Rights, submitted a video in which Shah could be seen raping the dog to the police.

The police after watching the video submitted by Mohnani, immediately arrested Ahmad and an FIR under sections 377 (unnatural offences) and 429 (killing or maiming an animal) of the IPC and Section 11 (treating animals cruelly) of the Prevention of Cruelty to Animals Act, has been registered against him on March 9.

Police also informed that Ahmad has so far raped over 30 dogs, and the investigation is underway.

Meanwhile, as per the FIR, Mohnani told police that she was approached by a resident of Juhu galli, who informed her that there is a man in their area who rapes street dogs.

She further said that she asked the man who contacted her that why he did not complain to the police earlier, however, the man replied that he knew the accused very well and had warned him time and again to not to repeat the act, but he seems to be addicted to it and kept on repeating it and therefore, he informed me about it.

Besides, since the news became public, twitter is flooded with messages in which people could be seen demanding strict punishment for the accused using #SorrySheru.

Netizens are also tagging bollywood celebrities to take stand for Sheru and raise voice against animal cruelty. They have also tagged various animal organizations who pretend to be the saviour of animal rights, and questioned their silence over this heinous act.

Get the latest update about Mumbai Police, check out more about Why sorry shery trending, Analysis, Behind The Scenes news & viral video