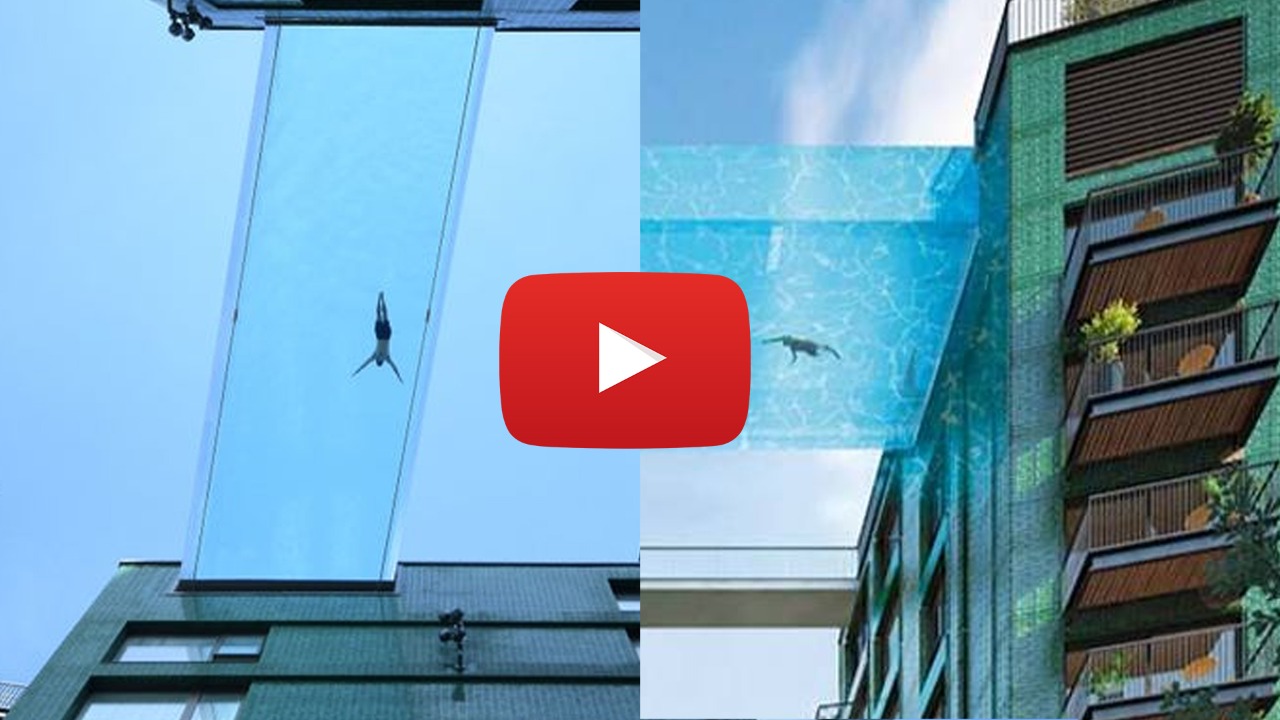 Visuals of a see-through swimming pool which is set 115 feet in the air between two skyscrapers in London have gone viral on social media. This amazing but ‘scary enough to give nightmares’ swimming pool has captured the attention of the world, leaving many feeling dizzy online.

The 25m transparent pool hangs between the 10th floor between two blocks of flats in Nine Elms, Vauxhall in southwest London. It is suited above the Embassy Gardens flat and is the world’s first floating pool by London’s most exciting residential developments.

However, it is not open to all. The Embassy Gardens website said, “the pool is exclusively for the luxury development’s residents and their guests.”

“Dive in and there’s nothing but clarity between you and the world below. There’s no other pool in the world like the Sky Pool,” said the development on the website.

The sky pool has created a huge buzz online. Drone footage of the swimming pool has received over nine million views. However, people on social media are calling the pool a ‘recipe for disaster’ and ‘nightmare’.

One of the social media users said, “Of all the places to build a rooftop swimming pool, rainy London would be near the bottom of my list.”

Where “Not in a million years,” said one user, another wrote “Alexa, please show me where the gods would consign me for eternity if I angered them.”

Expressing their fear and straight disapproval of stepping into the pool a user said, “Nope. No. Never. I feel fear and anxiety just looking at it.” Meanwhile, another user commented, “After reading about the problems with the glass bridge in China, no way on earth I would go anywhere near that.”