Never Have I Ever Season 2 Review: Devi turns out to be wittier and intelligent

Netflix’s popular American drama series Never Have I Ever is back with a bang with its Season 2. It seems to be following the trajectory of hit comedies like The Office and Parks and Recreation. 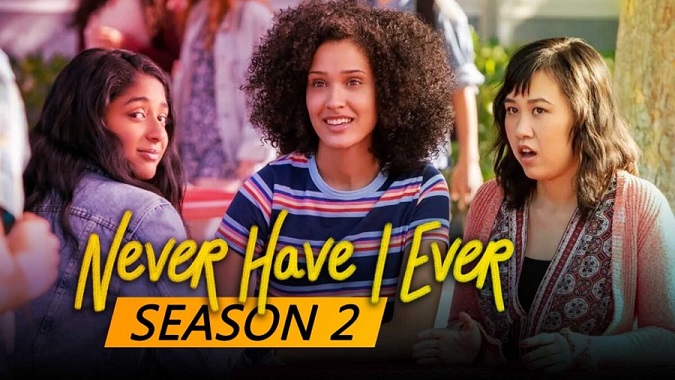 As the first season of the show received immense love and appreciation from the audience as well as the critics, the makers recently dropped in the trailer of Never Have I Ever Season 2 and escalated the curiosity of the fans. The Never Have I Ever series, for those unaware, is based on the childhood of Mindy Kaling, the creator of the show.

The last episode of season 1 shows a love triangle between Devi (played by Maitreyi Ramakrishnan), her best friend Ben (Jaren Lewison) and long-time crush Paxtor (Darren Barnet). The show has been directed by Kabir Akhtar, while Lang Fisher and Mindy Kaling are the creators of Never Have I Ever series. In Season 2 the show has really bloomed.

Never Have I Ever is not like any another show about a teenage girl figuring out who she is; it’s about a teenage girl discovering how much she already impacts the world. In Never Have I Ever’s most affecting moments, Devi doesn’t change in any meaningful way. She still feels things deeply. She just slows down enough to realize how powerful she is.

There is one thing Never Have I Ever gets right: representation. Right from the main characters to the supporting cast, everyone brings a different background and ethnicity to the table, and the best part is that they are not just limited to these roles.

This is not like any ordinary drama. It has beautiful essence of true friendship; bonding between mother Nalini and Devi; cherishing sweet memories of Devi’s father. This teen comedy deserves to run and run.