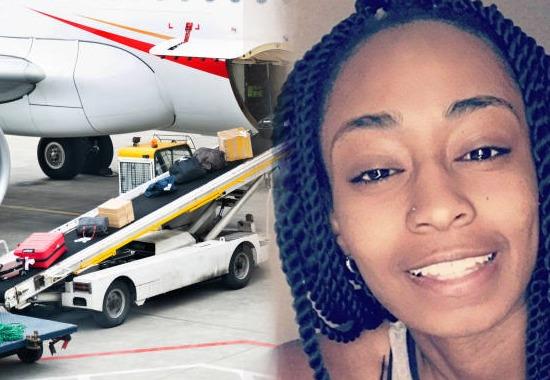 In a gruesome and tragic incident, a bag handler named Jermani Thompson aged 26 died on Tuesday after encountering a horrific accident at New Orleans' airport. Jermani Thompson's death at the New Orleans airport shocked the Americans and the world as she died a gruesome death when she was working there. Reportedly, Jermani Thompson's hair was caught and entangled in machinery (luggage conveyor) while she was offloading an aircraft.

Louis Armstrong New Orleans International Airport issued an official statement and gave details on Jermani Thompson's death. The airport authorities revealed that Thompson was servicing a Frontier Airlines flight around 10 p.m.(local time) when the accident occurred. After the New Orleans airport accident, Thomson was rushed to the hospital where she breathed her last. Jessica was an employee of GAT Airline Ground Support. Her hair became entangled with the machinery of a belt loader. Jessica had been working on the apron, the area where an aircraft is loaded and unloaded, refuelled, boarded and where maintenance is carried out.

As per Daily Mail UK, Jessica was a former college basketball player and huge fan of the sport. Jessica's mother Angela Dorsey was quoted by Fox News saying that she still cannot believe that her daughter is dead as 'she just told me I see you when I come back.'