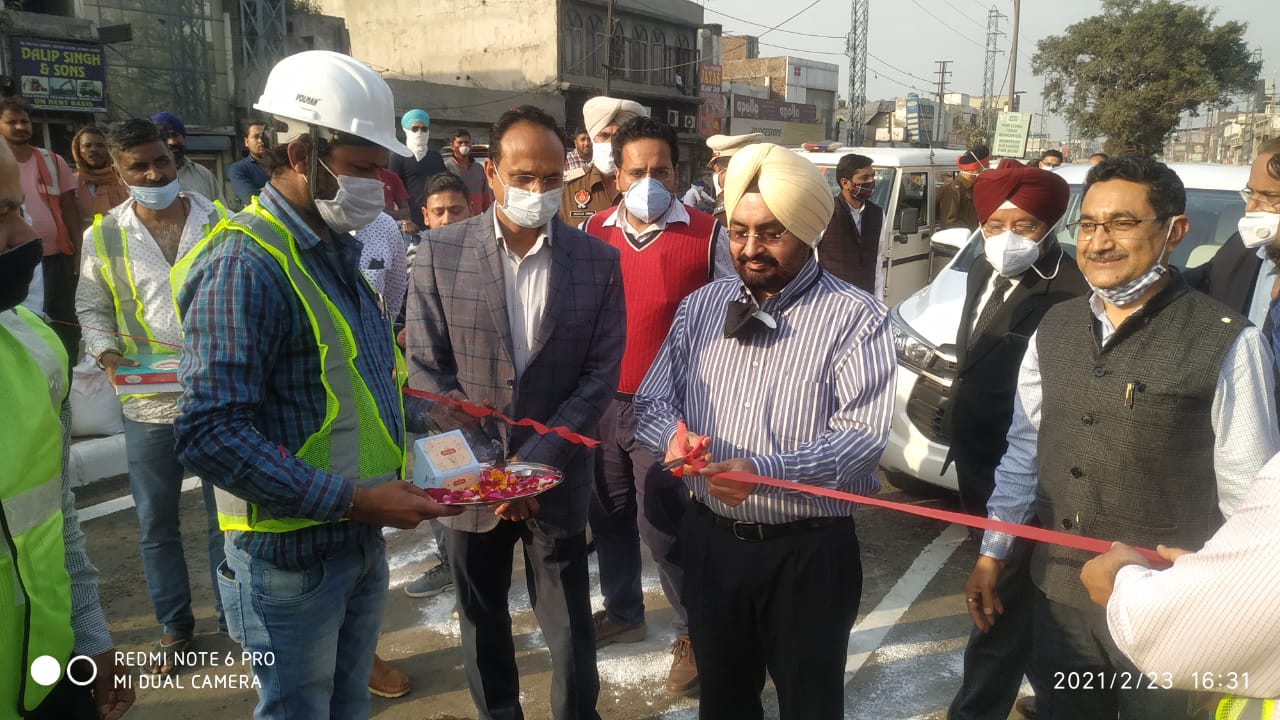 Sukhbir Singh Sandhu, Chairman, National Highways Authority of India (NHAI) today dedicated the flyover on Cheema Chowk for residents. This over bridge is part of the Ferozepur Road-Samrala Chowk elevated road project. He was also accompanied by Deputy Commissioner Varinder Kumar Sharma and other senior officials.

He also took a round of several ongoing projects on Ludhiana-Chandigarh Road, National Highway 44 (GT Road), Ladhowal Byepass, besides other projects. During the meeting, the police officials apprised the NHAI Chairman about traffic related issues on the national highways passing through the city. The NHAI Chairman assured the District Administration that to check fatal accidents of cyclists and people on two wheelers, foot over bridges with ramps would be constructed so that the cyclists and two wheeler riders can easily cross the roads. He also assured the District Administration officials that dedicated cycle tracks can be constructed along the highways if the district administration provides them land.

During the visit on Ladhowal Byepass project, he directed the NHAI officials to install traffic lights near the F2 Raceway intersection on temporary basis so that the  problem of traffic congestion is eased. He also assured that a permanent solution would be provided for this intersection keeping in mind the needs of future generations.

The NHAI officials also informed the chairman that permanent exit and entry points would be developed near Greenland school near Jalandhar Byepass, near Focal Point, near Transport Nagar and other points along the NH44. The Chairman directed the officials to ensure proper care in finalising location of these points so that it does not lead to any traffic accidents in the future. He also assured that all illegal cuts would be closed to avoid road accidents. For the help of people visiting the city, proper sign boards would also be installed before entering this city.

He categorically mentioned to the NHAI officials that Ludhiana is close to his heart and special care should be taken while implementing and planning any projects in the city. He assured the residents that the NHAI would ensure that best quality highways are constructed for the benefit of residents.