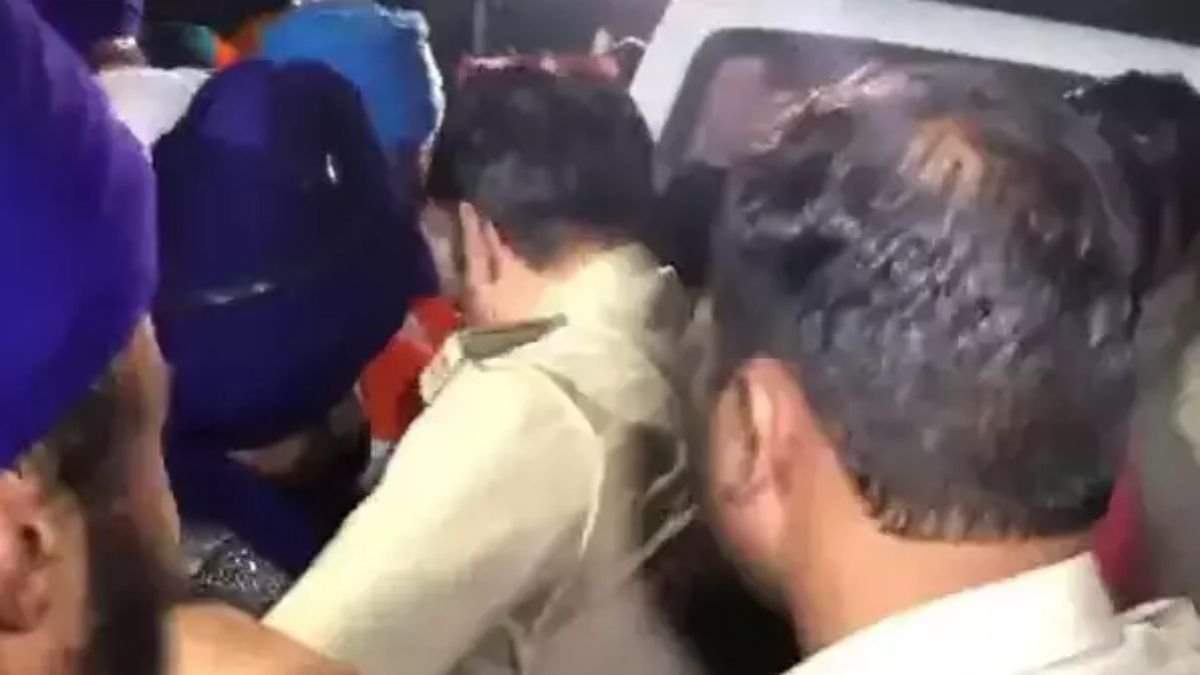 On Saturday, Nihang Sikh, Narain Singh surrendered before Amritsar rural police in the Amritsar district of Punjab in connection with the brutal murder of a Dalit man, identified as 35-year-old Lakhbir Singh, at Singhu border.

Residents and panchayat of Cheema village, where the deceased lived, have resolved to cremate the man in the village. However, no one except the family will attend the cremation and no last rites as per Sikh Maryada will be performed, as per the resolution.

Earlier on Friday, A Nihang Sikh, Saravjeet Singh, has taken the responsibility for the brutal killing of a man at the Singhu border. Saravjeet surrendered to the Haryana Police in front of a huge crowd that was raising religious slogans.

Singh was brought before a local court today and sentenced to seven days in police custody. The authorities had argued for 14 days, claiming that Sarvjeet had given them information on four other suspects and that they had to retrieve the murder weapons.

Lakhbir Singh, a 35-year-old Punjabi man from the Tarn Taran district, was brutally murdered early Friday morning. As per the arrested Sikhs, they had "punished" the victim for "desecrating" the Guru Granth Sahib, the Sikh holy book. His body was found with the left hand and right leg chopped off, tied to a police barricade.

At least three videos emerged, showing a big crowd of Nihangs surrounding his body, which was bleeding and in pain. After his left hand was chopped, the group is shown standing over him in one video. Another image showed them photographing his final moments, while a third showed him hanging up by his feet.