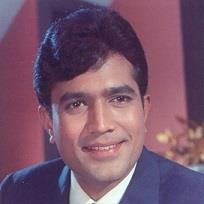 Bollywood filmmaker Farah Khan joins hands with producer Nikhil Diwedi. The duo is going to make a biopic on India's first superstar Rajesh Khanna. Rajesh Khanna, the legendary actor left the world on 18 July 2012. The actor holds the record of 15 successful films from 1969 to 1971.  He is the highest-paid actor in Hindi cinema in the 1970s and 80s.
Regarding the biopic, the producer has acquired the rights to Gautam Chintamani's book 'Dark Star: The Loneliness of Being Rajesh Khanna'. Khanna gave many hits to the Hindi Cinema. Some of these movies include Aanand, Aradhana, Amar Prem, Khamoshi, and more.
Regarding the cast for the biopic, there is no such confirmation about who is gonna be in the movie. Regarding the movie, Nikhil Dwivedi said, "Yes, I have acquired the rights to Gautam Chintamani's book, 'Dark Star', and I'm in talks with Farah Khan to make the film. That's all I can say for now. As and when any major development happens, I'll be happy to share because I'm very excited about bringing Rajesh Khanna's story to the big screen."
Also read: Honored to be cast as Sunil Gavaskar: Tahir Raj Bhasin
Rajesh Khanna also known as 'Kaka' was born on December 29, 1942. His real name was Jatin Khanna. He was married to Dimple Kapadia and has two daughters Twinkle Khanna and Rinke Khanna. Khanna was associated with four BFJA Awards, five Film Fare Awards. He was also awarded Padma Bhushan. The actor was also a film producer and politician. He was also a Member of Parliament.