BJP President Amit Shah has made an earnest plea for the people of Bihar in lieu of the measures taken by Narendra Modi government such as the Citizenship Amendment Act. 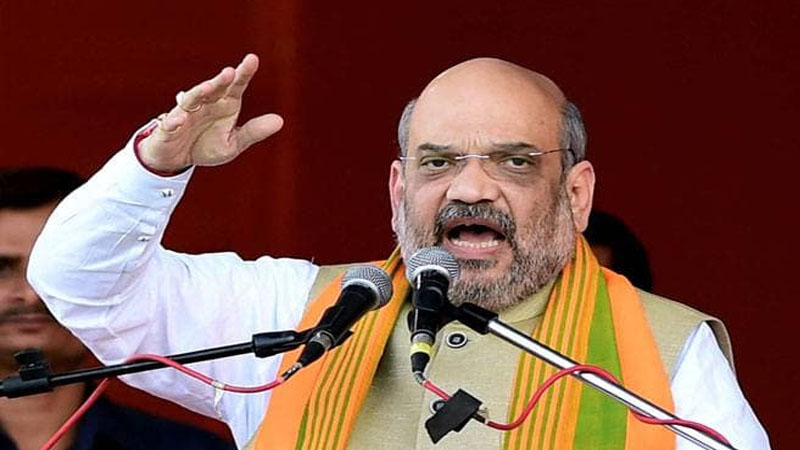 He also sought to banish "rumours" of discord within the NDA in the state, asserting that assembly polls in Bihar will be contested under the leadership of chief minister Nitish Kumar.

Amit Shah addressing a pro-CAA rally of the saffron party in one of the Bihar's district slammed the opposition for misleading minorities about the Act and the violent protests which had erupted in the aftermath.

He said the party has been organising rallies across the country with a view to eradicating the misinformation campaign as the law is provided to grant citizenship rather than to snatch it from anybody.

Shah sought support to the Modi government's measures like CAA, dissolution of Article 370 and construction of Ram Mandir in Ayodhya.

" I want to dispel all rumours about our coalition with (Kumar's JDU). The elections will be contested under Nitish Kumar's leadership, he declared.

Lalu Prasad (RJD leader), who is in jail in corruption cases, may go on dreaming that our coalition will come apart. But he should know that the NDA has led Bihar out of his lantern age (an allusion to RJD's poll symbol) to the LED era.

" The country and the state shall progress under the leadership of Narendra Modi and Nitish Kumar respectively," the BJP chief said.

Shah had earlier stated in a couple of TV interviews that the chief minister Nitish Kumar will lead the NDA charge in the assembly polls this year.

However, this was the first occasion for him to make an announcement to the effect on the soil of Bihar.

Those who shouted anti-India slogans at JNU a few years ago were sent to jail by Prime Minister Narendra Modi but Arvind Kejriwal has refused to initiate prosecution, Shah said taking a toll over Delhi chief minister.