The dancing video of Nora Fatehi and Ranveer Singh has gone viral on social media. Both of them performed on stage for the song 'Garmi' on the sets of 'Dance Deewane Junior.' Author : Samriti Bharadwaj 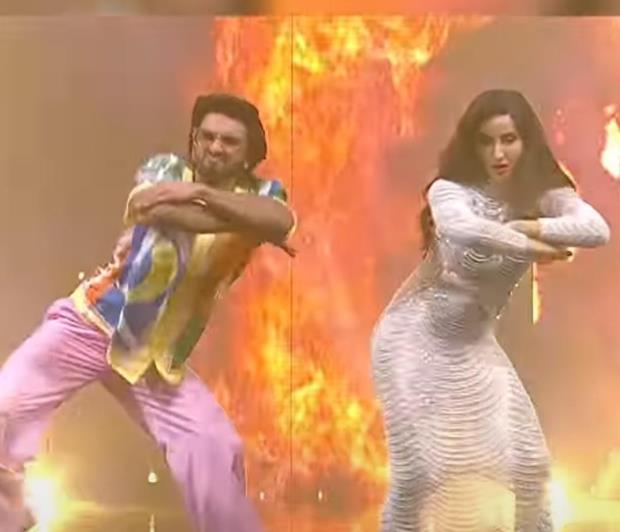 Actor Ranveer Singh and Nora Fatehi’s dance video is getting viral all over social media. The duo danced together on Nora’s song ‘Garmi’ on the sets of ‘Dance Deewane Junior’.

Other judges of the show, Neetu Kapoor and Marzi Pestonji, as well as the public, were seen cheering for Ranveer and Nora as they danced to her song Garmi from the film Street Dancer 3D.


Several fan pages posted the videos, which showed Nora and Ranveer performing the song together in front of a cheering crowd. Screams grew louder as they completed the hook step and, later, a complex pelvic thrust step while lying on their tummies.

Nora shows tremors at the start of the video, while Ranveer appears in the middle and begins dancing with Nora.

Badshah composed, wrote, and performed "Garmi," which featured Neha Kakkar. The song was featured on the soundtrack for Street Dancer 3D, and the music video has over 326 million views on YouTube.

Ranveer Singh was on set to promote his forthcoming film, 'Jayeshbhai Jordaar.' On May 13, Ranveer Singh's flick will be released in theatres.

Ranveer's most recent feature was the big-budget sports drama 83, which had the unfortunate timing of being released only days before the coronavirus's third wave. Cirkus and Rocky Aur Rani Ki Prem Kahani are his following films.