Kim Jong Un also issued directives calling for every grain of rice to be secured and all-out efforts devoted to farming. The leader also asked North Koreans to eat less till 2025 to tackle the food crisis: Reports 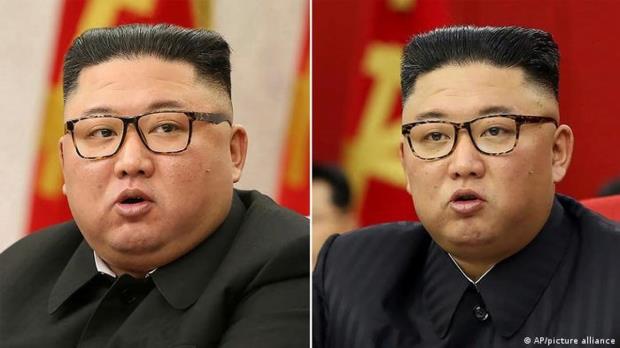 According to the National Intelligence Service, the North Korean leader is aiming to boost public loyalty to him at a time when the country is facing major economic hardships and food crisis.

Two Lawmakers who attended a closed-door parliamentary session said that the NIS claimed it has used artificial intelligence techniques, analysis of super-resolution video of Kim and other means to investigate the North Korean leader's condition.

Earlier, there were rumours that the thinner Kim was actually a body double of the 37-year-old, which are now termed "groundless” by the spy agency.

Kim's physical appearance came to light after North Korean media released images and videos of him, who appeared to be leaner than before.

Despite Kim's thinner appearance, North Korean watchers say the 37-year-old has no obvious health issues, and his weight loss is most likely the product of his efforts to improve his physique. Kim's weight has dropped from around 140 kilogrammes to 120 kilogrammes, according to reports.

According to South Korea's intelligence service, Kim Jong Un also issued directives calling for every grain of rice to be secured and all-out efforts devoted to farming. Reports claim that the leader also asked North Koreans to eat less till 2025 to tackle the food crisis.

North Korea has always suffered from food insecurity, with experts claiming that economic mismanagement is aggravated by international sanctions over its nuclear weapons, natural disasters, and now the COVID-19 pandemic, which has triggered unprecedented border closures.

Kim Jong Un acknowledged a "tight" food situation and apologised for the sacrifices civilians were forced to make to prevent a coronavirus spread.