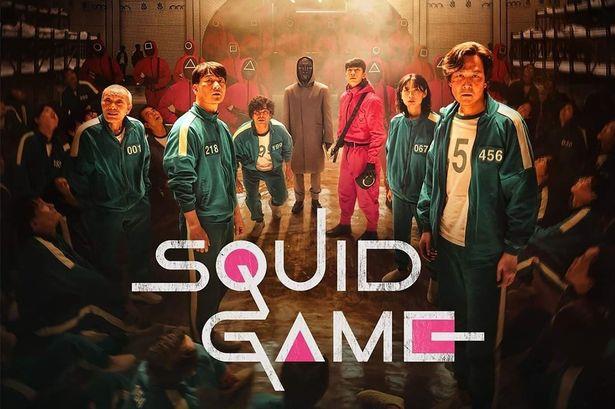 North Korea has sentenced to death a man who smuggled and sold copies of the Netflix series “Squid Game” after authorities caught seven high school students watching the Korean-language global hit show, sources in the country told RFA. The smuggler is said to have brought a copy of Squid Game into North Korea back from China and sold USB flash drives containing the series. Sources said his sentence would be carried out by firing squad.

A student who bought a drive received a life sentence, while six others who watched the show have been sentenced to five years hard labor, and teachers and school administrators have been fired and face banishment to work in remote mines or themselves, the sources said. RFA reported last week that copies of the violent drama had arrived in the reclusive country despite the best efforts of authorities to keep out foreign media. They began spreading among the people on flash drives and SD cards.

Sources in that report said that the show’s dystopian world -- in which marginalized people are pitted against one another in traditional children's games for huge cash prizes and losing players are put to death -- resonates with North Koreans in risky occupations and insecure positions.“This all started last week when a high school student secretly bought a USB flash drive containing the South Korean drama Squid Game and watched it with one of his best friends in class,” a source in law enforcement in North Hamgyong province told RFA’s Korean Service Monday.

“The friend told several other students, who became interested, and they shared the flash drive with them. They were caught by the censors in 109 Sangmu, who had received a tipoff,” said the source, referring to the government strike force that specializes in catching illegal video watchers, known officially as Surveillance Bureau Group 109.
The arrest of the seven students marks the first time that the government is applying the newly passed law on the “Elimination of Reactionary Thought and Culture,” in a case involving minors, according to the source.

Also Read: Bigg Boss 15: Ieshaan Sehgaal and Miesha Iyer fell in love with each other in Bigg Boss house and are now setting serious relationship goals for all.

The law, promulgated last year, carries a maximum penalty of death for watching, keeping, or distributing media from capitalist countries, particularly from South Korea and the U.S.Squid Game is Netflix’s most-watched show ever, ranked first in 94 countries and viewed in 142 million homes worldwide after only a month, according to the company’s third-quarter earnings report.
The show is even more popular than those figures indicate. RFA reported in mid-October that Squid Game was pirated on around 60 streaming sites in China, according to South Korea's ambassador to China, who asked Beijing to take action over illegal viewing.