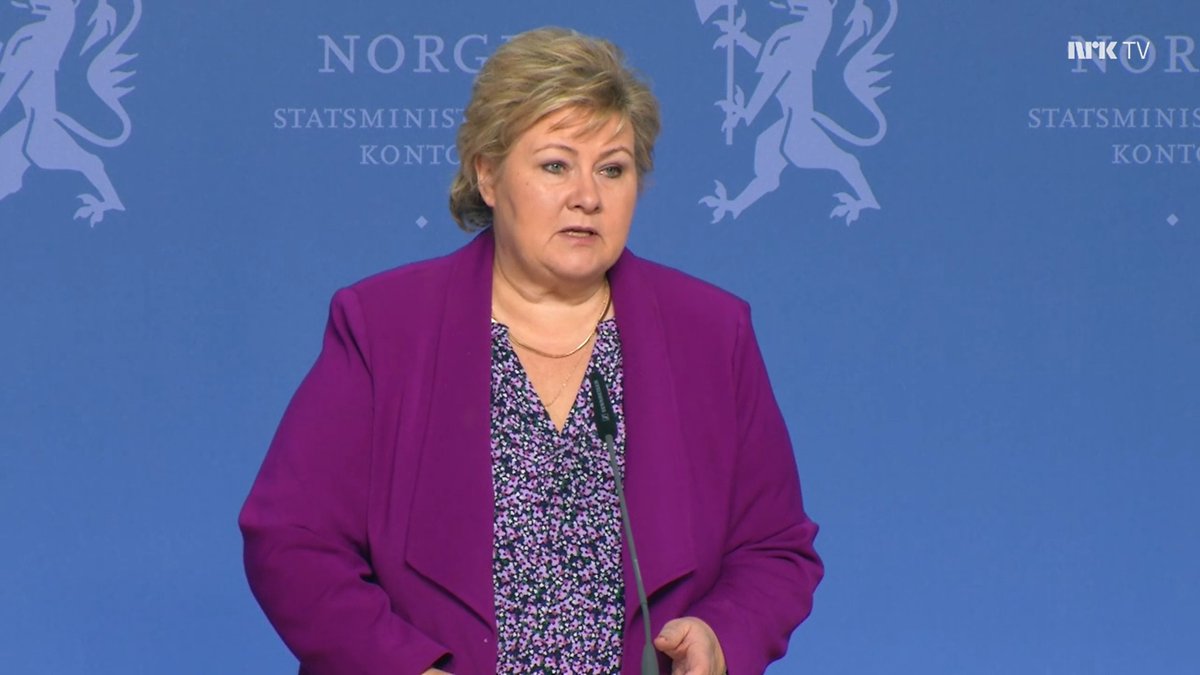 Norway Prime Minister, Erna Solberg, has been fined with 20,000 kroner ($2,352) for violating the rule of social distancing and organising a family gathering on the occasion of her 60th birthday.

The police started investigation after the report published by a public broadcaster.

The two-term leader has apologized several times for organising a party with 13 guests, despite the government ban on the gathering of more than 10 people. She also claimed that she is ready to pay the fine. She told the media agency, “I would like to say it again, I am sorry for violating the coronavirus rules and I will accept the fine and will pay it.”

Police officials while justifying the fine said that police must have not issued a fine in most of such cases but the Prime Minister had been at the forefront for the government’s work to impose any restrictions.

The police chief, Ole Saeverud said, “The law is same for everyone, but all are not equal in front of law. It is therefore important to issue a fine to uphold the public’s trust in government’s rules and regulations.” He further said, “Solberg is country’s leader and has been in forefront of the restrictions imposed by the government to limit the spread of coronavirus.”

Solberg was successful in controlling the spread of novel coronavirus, resulting in the low rates of infections and deaths. But in the first quarter of 2021, Norway has witnessed rapid increase in the cases of the virus, forcing the government for tightening the restrictions from the late March.

Meanwhile, if compare it to India’s situation where over 2 lakh covid cases are being reported these days, the fine for inviting just three guests extra seems like a joke. However, the internet is all praise for the Norway Police as it issued fine thinking the PM is the law maker and it doesn’t give out a good message if people find out the PM is spared from following rules.

Besides, in India the law makers, the people’s representatives are violating the norms by holding public rallies, conferences and visiting religious places. Thousands of people including ministers have recently tested positive after they visited MahaKumbh, and the cases in the poll-bound states have also started increasing.

So what’s now? Are we actually in a position to question our government whether who is responsible for the poor covid situation in the country or the rules are simply meant for common people.

A section of society in India doubts the existence of covid19 while questioning the presence of political leaders in rallies, and who is to be blamed for that?