Not a dictator but a democratic leader: Amit Shah on PM Modi's governance

He further added that there is no truth to the charges that he is dictatorial. 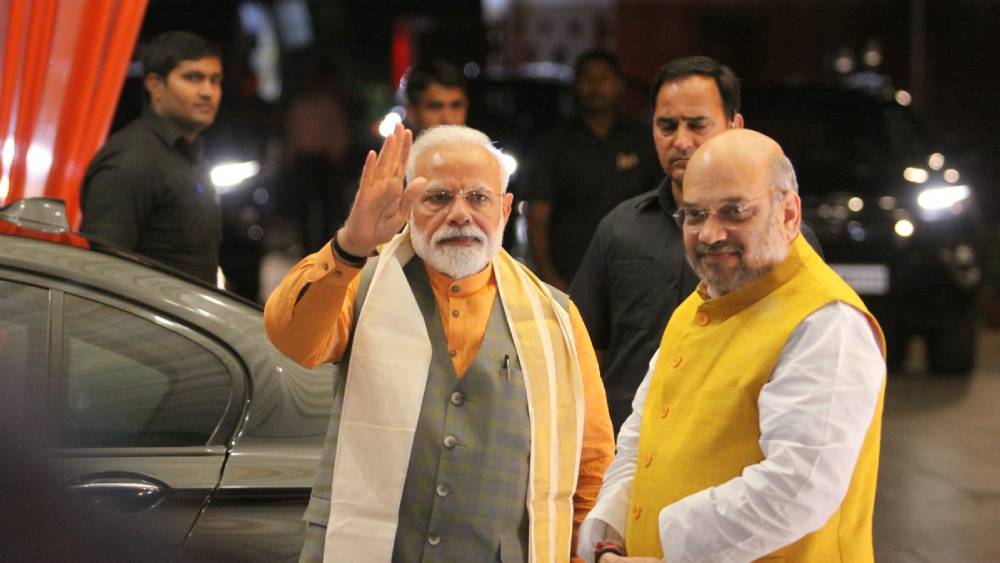 Prime Minister Narendra Modi is one of the most democratic leaders known to Amit Shah, the Union Home Minister Amit Shah said on Sunday. The top minister said this as a response to a question of PM Modi's opinion as a "dictator".

During an interview with public broadcaster Sansad TV, Amit Shah said, “I have had the opportunity to work with Modi Ji both in the Opposition as well as in the government. I have never met a listener like him. Whatever issue a meeting may be about, Modi Ji speaks as little as required and listens to everyone patiently. He considers the value of the person’s opinion, and not the person’s importance or lack thereof, and then takes a decision.”

He further added that there is no truth to the charges that he is dictatorial.

With Prime Minister Narendra Modi's completion of 20 years of public service, Home Minister Amit Shah applauded the former's way of governance and criticized the Opposition for launching baseless allegations against the head of the government and defaming him.

In a statement, Shah said that “Modi Ji runs the Cabinet in a most democratic manner. What is discussed in a forum cannot be leaked to the public domain, so there is a wrong perception that he makes all decisions but that is not so. He discusses the matter, listens to everyone, and evaluates the pros and cons. The final decision rests with him, of course, because he is the prime minister."

He also said, “It is unfortunate that those with diverging political views are trying to twist the truth to taint the PM’s image.”

In the years since the BJP came to power at the Centre under Narendra Modi, several Opposition leaders have dubbed the prime minister a dictator over executive decisions on a whole host of issues, from demonetization, abrogation of Article 370, to the farmers' protests.

Prime Minister Narendra Modi's executive decisions over issues like demonetization,  abrogation of Article 370 and the farmer's protests has earned him the title of a dictator from the Opposition.

While making important decisions of governance and policy, PM Modi is a risk taker but does not impose his will, said Shah.

“PM Modi works with the aim of ‘India First’. He has said many times in the past that we have come to power to change the country, and not just to run a government. Sabka sath, sabka vikas, sabka vishvas is our goal,” the Home Minister stated.

Taking a sharp jab at the Congress and Samajwadi Party, the Union Minister said that a few Parties are led by the ideology of nepotism and feel it is their birthright to rule the country. This way of politics has changed with PM Modi taking the helm at the centre. This is the reason why the Opposition has always attacked his character, claimed Shah.

Shah added, "Criticize our policies all you like; if there is corruption in our government, then throw light on it; point out our failures to the people. But resorting to personal attacks against PM Modi brings down the level of political discourse."