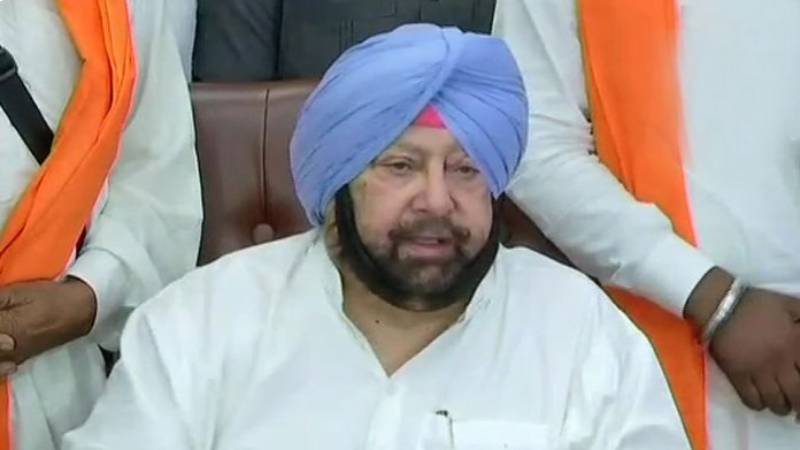 Chandigarh, January 14: Even as it asserted that it will take all measures to protect the state’s and its farmers’ interests, the Punjab Government led by Captain Amarinder Singh on Thursday made it clear that nothing short of repeal of the Centre’s black Farm Laws, which it described as anti-farmers, anti-nation and anti-food security, would resolve the present crisis.

The Central Government is out of touch with the ground realities, Chief Minister Captain Amarinder Singh said at a meeting of the State Cabinet, whose members declared unequivocally that repeal of the Farm Laws was the only way out of the current imbroglio.

The Council of Ministers demanded that the Centre make MSP a statutory right of the farmers, who had been getting extremely low prices for their products for the past several days despite being responsible for feeding the nation.

At the start of the meeting, the Council of Ministers observed a 2-minutes silence in memory of farmers who have died during the agitation. An estimated 78 farmers have so far lost their lives.

Stressing the need for an early resolution to the agitation to prevent further loss of life, the Cabinet pointed out that the matter has already been debated and discussed in eight rounds of negotiations held between the farmers and the Government of India.

Pointing out that even the Supreme Court had acknowledged the concerns of the protesting farmers, and had recognised their pain and anguish, the Council of Ministers said the Government of India should not stand on prestige and ego in this matter, which, if unresolved, could lead to devastating repercussions for the country for decades to come.

If the Centre can make sweeping amendments to the laws then this adamancy about not revoking the legislation is inexplicable, said the ministers, joined by Punjab Congress president Sunil Jakhar.

In a formal resolution, the Cabinet categorically reiterated its commitment to the Resolutions passed by the Punjab Vidhan Sabha on August 28, 2020, and October 20, 2020, stressing that all the genuine demands of the farmers must be accepted. Urging the Government of India to “repeal the Farm Laws as Agriculture is a State Subject under the Constitution of India, and to make MSP a statutory right.” It welcomed the Supreme Court order staying the central legislations as an acknowledgement of the concerns of the farmers of Punjab who are protesting against the Farm Laws, and recognition of their pain and anguish.

“There is need for broad-based dialogue and proper consultation with all stakeholders as these legislations impact the future of millions of farmers across the country, and all genuine demands of the farmers must be accepted,” said the resolution.

The Council of Ministers, after detailed discussion, took note of the Supreme Court order of 12th January 2021 staying the implementation of three farm legislation namely, The Farmers' Produce Trade and Commerce (Promotion and Facilitation) Act, The Essential Commodities (Amendment) Act and The Farmers (Empowerment and Protection) Agreement on Price Assurance and Farm Services Act.

It also appreciated the peaceful protest by the farmers, which has also been taken note of by the Supreme Court of India, in keeping with the best of the democratic practices.

The Cabinet meeting had been convened by the Chief Minister with the sole agenda of discussing the issue in the light of the SC orders.