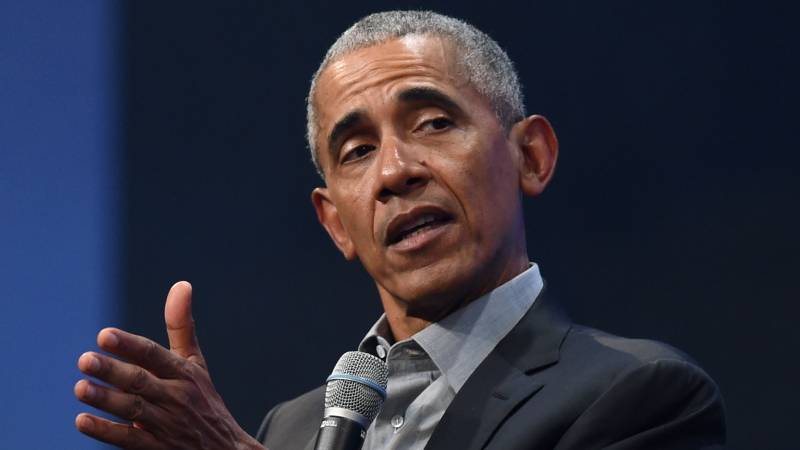 Former US President Barack Obama does not have a single positive view on Pakistan in his latest memoir 'A Promised Land'. Instead, Obama has lumped Pakistan with countries like Afghanistan, Yemen and Iraq where millions of young men are "stunted" by religious fundamentalism.

Published by a division of Penguin Random House, 'A Promised Land' is the first part of the two planned volumes. The book hit the stores worldwide on Tuesday.

While reminiscing about some of the major decisions of his Presidency in the book, Obama has described in detail what he felt as he gave orders to take out terrorists from their safe havens like Pakistan.

In places like Yemen and Afghanistan, Pakistan and Iraq, Obama wrote, "The lives of millions of young men" had been "warped and stunted by desperation, ignorance, dreams of religious glory, the violence of their surroundings, or the schemes of older men."

Arguing that these young men were "dangerous" and "often deliberately and casually cruel", Obama in his book wrote empathetically that he still wanted "somehow to save them-send them to school, give them a trade, drain them of the hate that had been filling their heads." But immediately added, "And yet the world they were a part of, and the machinery I commanded, more often had me killing them instead."

Throughout his account, Obama has slammed his predecessors for their ham-handed approach towards Pakistan's behavior to create and provide safe havens to terrorists inside their country. "That the US government had long tolerated such behavior from a purported ally-supporting it with billions of dollars in military and economic aid despite its complicity with violent extremists and its record as a significant and irresponsible proliferator of nuclear weapons technology in the world-said something about the pretzel-like logic of U.S. foreign policy."

Providing a detailed insight into how he, as the US President, gave the go-ahead to take out al-Qaeda chief Osama bin Laden inside Pakistani territory, Abbottabad, Obama wrote that Laden was buried at sea to avoid "the creation of a pilgrimage site for jihadists."

He has revealed that his administration did not take the Pakistani establishment into confidence because "it was an open secret that certain elements inside the country's military, and especially its intelligence services, maintained links to the Taliban and perhaps even al-Qaeda, sometimes using them as strategic assets to ensure that the Afghan government remained weak and unable to align itself with Pakistan's number one rival, India."

"The fact that the Abbottabad compound was just a few miles from the Pakistan military's equivalent of West Point only heightened the possibility that anything we told the Pakistanis could end up tipping off our target," Obama wrote.

With all the references to Pakistan in the context of terrorism and religious fundamentalism, Obama however has credited former President Asif Ali Zardari who congratulated him over the success of his bin Laden mission.