Amid the increasing Omicron cases, some of the states have decided to close the academic institutes once again as a precautionary measure. 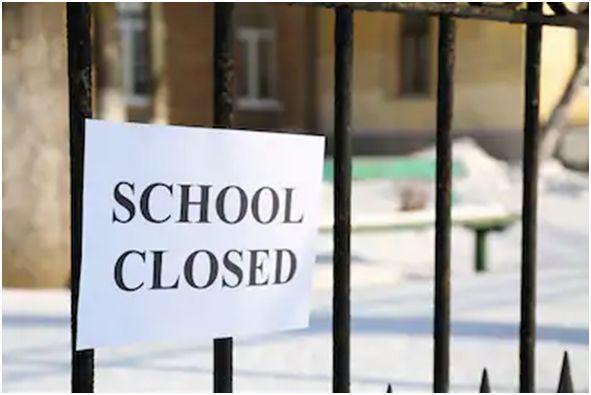 The world was hoping for normalcy. Various schools, colleges, and academic institutes were re-opened after a long gap. But now because of the threat of Covid-19’s new variant Omicron some of the Indian states have been pondering over the decision, on the same breadth, some of them have closed the educational institution as a precautionary measure.
Looking at the Omicron cases rising trends, some of the states have ordered to conduct the online classes. Here’s the list of the states which have announced the closure of the schools, colleges and other academic institutions –
1.) New Delhi:- On December 28, 2021, the Delhi government announced new Covid-19 restrictions to put a barrier on the fast-spreading Omicron cases in the city. The government has issued a “yellow alert,” under which the colleges, schools and academic institutes around the city have been closed till further orders by the Delhi Disaster Management Authority (DDMA). The government has also announced winter vacations for the students of Class 1 to Class 5.
Also Read: Education Minister bats for reading culture, asks students to share reading list
2.) Uttar Pradesh:- After witnessing a spike in Omicron cases and a severe cold wave, the Uttar Pradesh government has shut down the government schools up to class 8, across the state. The government has announced winter vacations in the educational institutes for 15 days, between 31st December 2021 and 14th January 2022. For now, there are no such guidelines for private schools.
3.) Haryana:- The state government has announced winter vacations after witnessing a huge increase in the Omicron cases. The school and colleges, across the state, will remain closed till January 12, 2022. The revised notification, released on January 1, 2022, read, “School, Colleges, Polytechnics, ITs, Coaching institutions, Libraries and Training Institutes (whether Government or private), Anganwadi Centers and Creches under Woman and Child Development Department shall remain closed in the State”.
Also Read: Amid pandemic, IIT Mandi sees top MNCs in placement drive
4.) Maharashtra:- As per the latest reports, the Maharashtra government may re-close the schools, colleges and other academic institutions if the Omicron cases surge. This isn’t officially confirmed but there are speculations that the official notification, regarding the closure, will be released soon.
5.) Karnataka:- The Karnataka government has postponed any social event in the educational institutions will January 15, 2022, and there are speculations that the government may announce the closure of the schools and colleges, amid increasing Omicron cases. Primary and Secondary State Education Minister said, “The education department is monitoring the situation on an hourly basis and won't hesitate to initiate action. If needed appropriate decisions would be taken on conducting examinations also. In exam halls, social distancing is ensured. We are keeping the option of closure of schools open and cancelling examinations in case of a severe spike of COVID cases”.
6.) West Bengal:- After Mamata Banerjee ordered to cancel international flights coming to Kolkata, there are reports that the state government might announce the closure of schools, colleges and other academic institutions.