On Sunday, allrounder Thisara Perera became the first Sri Lankan to hit six sixes in a single over in any form of professional cricket. He also smashed the second-fastest half-century in List A cricket for Army Sports Cricket Club in SLC's Major Clubs tournament en route to his unbeaten 13-ball 52.

Former Sri Lanka allrounder Kaushalya Weeraratne holds the record for fastest fifty with a 12-ball half-century for Ragana Cricket Club against Kurunegala Youth Cricket Club in November 2005. The innings, which lasted 18 balls -66 , featured two fours and eight sixes, including five off a single over.

With 20 balls remaining in their 41-over-a-side innings, Perera, the captain of Sri Lanka Army Sports Club, walked in to bat at No. 5. Dilhan Cooray, a part-time offspinner and seasoned first-class cricketer for Bloomfield Cricket and Athletic Club, was the bowler who took Perera's onslaught.Cooray then gave up 73 runs in four wicketless overs. Bloomfield was struggling on 73 for 6 in their chase of 318 when the match was called off. 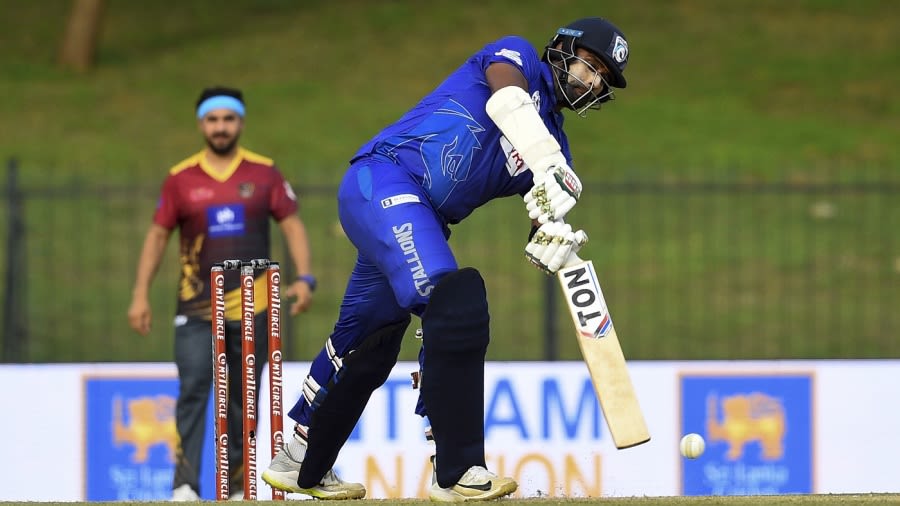 Perera is the second cricketer to accomplish this feat in 2021, following West Indies T20I captain Kieron Pollard. Pollard did it just three weeks before Perera did it, when he struck Sri Lanka's Akila Dhananjaya for six sixes in a T20I in Coolidge.