One militant slain in J&K’s Kulgam

Slain militant's identity and group affiliation are being investigated. 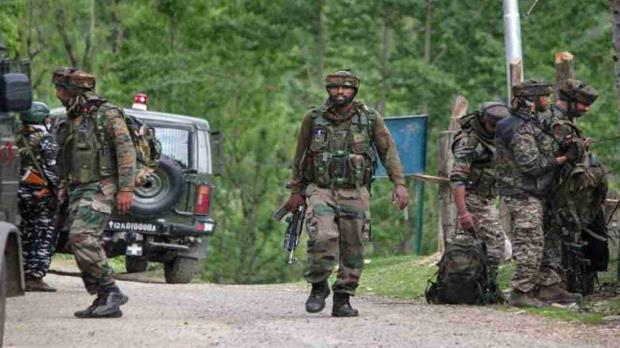 Security forces encountered a terrorist in Jammu and Kashmir on Saturday after a gunfight. The clash was reported from Kulgam in the Union Territory, according to the details.

"One terrorist, who is yet to be identified, has been killed. The operation is still in progress," says Jammu and Kashmir police.

According to a police official, security forces launched a cordon and search operation in the Ashmuji area of the south Kashmir district after receiving information about the presence of militants there.

"Cops and security forces were present at the scene," claims UT police.

As security forces surrounded the terrorists' hiding spot, they were met with a barrage of fire, which sparked the altercation.

Also Read: Mumbai Sessions Court: Sending dirty messages to a woman before marriage, not a crime

The slain militant's identity and group affiliation are being investigated, said a security officer. The operation is currently underway, and more information is awaited, he added.

On Wednesday (Nov 17), five terrorists were killed in twin encounters with security forces in Kulgam, Jammu and Kashmir, including district commanders of The Resistance Front (TRF) and Hizbul Mujahideen (HM).